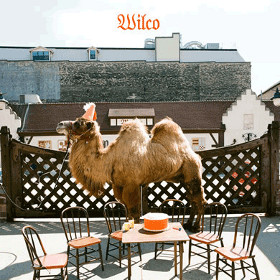 Listen to this track by Chicagoan progressive pop-rock sextet Wilco. It’s “Deeper Down”, a gem of a song as it appeared on their 2009 album Wilco (The Album), their sixth LP.

At this point in their arc, the band as led by frontman and head writer Jeff Tweedy had drifted away from the more abrasive and experimental textures they had established at the beginning of that decade. In their place, they added more vintage AM/FM radio textures and more accessible song structures. But at the same time, the proficiency in the playing and in the arrangements were on another level from their past output. Thematically speaking, there was certainly a lot going on that was not traditional for rock songwriting.

In “Deeper Down”, and using various strains of rock music, particularly progressive rock, Tweedy takes on a subject that writers of all stripes have taken on for thousands of years; the mystery of life itself. Of course in this song, he goes one better. He doesn’t try to solve it. END_OF_DOCUMENT_TOKEN_TO_BE_REPLACED 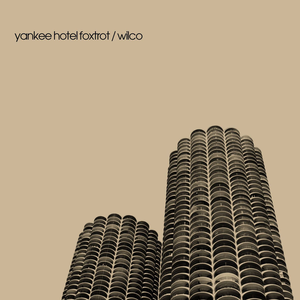 Listen to this track from once alt-country heroes turned avant-pop trailblazers Wilco.  It’s ‘Poor Places’ as taken from their sublime, and notoriously tense  2002 album Yankee Hotel Foxtrot.  This was an album that the band’s label financed, hated, and shelved, only to have it picked up by a sister label and released to acclaim.  The company that owned both labels bought it twice, effectively.  And Wilco moved from one level to the next artistically.

Before this record and this song was released, the group had explored sonic territory that ranged from classic rock, to country rock, to power pop.  The release that gained them traction with the music press after their 1995 debut A.M, was 1996’s Being There set them up as roots rockers with a dash of Exile On Main Street-era Stones.  Another fine showing was 1999’s Summerteeth which showcased leader Jeff Tweedy’s gift for pop hooks.  But, by the time this record was in progress, Tweedy’s wandering musical eye was straying into new territory, with electronic effects and noise being more prominent in his choice of sonic variation.

Fellow Wilco-ite Jay Bennett purportedly objected to Tweedy’s lack of traditional rock-pop focus, which caused tensions while the album was being made.  This caused an irreparable rift within the group, and Bennett was dismissed, along with drummer Ken Coomer who was also fired in order to bring in a new drummer more suited to Tweedy’s vision, Glen Kotche. The tensions between band members can be easily seen in the film I Am Trying to Break Your Heart, which documented Wilco as a touring band, and showcased this era of their storied journey as a musical unit.

Further, and as previously stated, Reprise which is owned by Warner Music Group refused to release it when it was completed in 2001.  Later, Wilco was dropped from their roster during a switch over in label management.  This forced the band to offer the album on their website after having secured the rights from Reprise.

But when the band was signed with another label later on, Nonesuch (also owned by the Warner Music Group), that label released it.  It was critically lauded, and everyone bought it.  It is, to date, their best-selling album, helped along in part by Wilco’s free streaming of the record on their site to allow fans to sample it.  And Warner paid for it twice.

The thing about it, and which is perfectly framed in this song ‘Poor Places’, is that it is both a well-crafted pop record, and something of a challenge to the ear as well.  In the wake of Radiohead’s Kid A, which was something of a touchstone to many bands rethinking their directions at the time, I think record labels were forced outside of their comfort zones quite a bit too. There are some real angular moments on the album, which may or may not be the reason Reprise balked at releasing it.  But, there are also some breathtaking melodic ideas which are brilliantly realized that make me wonder what the label bosses were thinking when they shelved it.

With this song, you’re getting the gift for melody that Tweedy had always demonstrated. But, you’re also getting the unexpected, the noise, the chaos which kind of works its way in and out of the otherwise delicate pop song.  And I love that tinkly piano bit that precedes the noise, and the austere British voice reciting the phoenetic (why isn’t that word spelled the way it sounds?) alphabet.  It is haunting, with depths that few bands ever reach while maintaining a tension between accessibility and experimentalism.

Wilco would leverage their success with this album with another much like it in the experimental pop stakes, A Ghost Is Born, along with subsequent releases in Sky Blue Sky and Wilco (The Album), both of which turn the tables again in a return to a sort of mid-70s soft-jam rock sound that undercuts expectations yet again, and with a new lineup with Tweedy’s voice and vision wonderfully at center stage. Basically, it seems that Tweedy feels empowered to make any kind of album he wants to make, which is as it should be for all vital artists.

Learn more about this band by investigating Wilcoworld.net.  And read more about the making of Yankee Hotel Foxtrot too.

Here’s a clip of Mid-West Americana supergroup Golden Smog, made up of members from the Jayhawks, Wilco, Soul Asylum, Big Star, The Replacements, and other bands from the Minneapolis area, with a track originally appearing on their 1998 third album Weird Tales – “Looking Forward to Seeing You”

.  On this particular ocasion, the band are performing at a Barack Obama rally in February of this year.

The word ‘Supergroup’ tends to be a bit of a tricky term.  It’s a term which can often imply a war of egos that produces something of a novel listening experience, but ultimately not a very deep one.  Or, it can mean that the members of said supergroup are so self-conscious about their not sounding like a war of egos that the music doesn’t end up with any kind of personality.

With this band, neither case applies.  What does come across is the sound of a few guys playing music just for the hell of it, even if the guys in question are extremely good songwriters. On the Weird Tales album and on this song “Looking Forward to Seeing You”, there’s a loose atmosphere and an earthy approach to the production that gives the record loads of personality, and imbue the performances with a refreshing, casual feel.  The album has a real ‘recorded it in the front room after dinner and a few glasses of red wine’ vibe, with the Byrds, The Flying Burrito Brothers, and Neil Young being some of the main musical reference points.

The connections between the musician stem from their involvement in the mid-Western Americana scene, with the respective full-time bands and the pressures of success in the background of this, their hobby band, their fun band.  Members of Golden Smog (named after Fred Flintstone’s on stage jazz singer moniker in the Flintstones TV show, while he sings with jazz musician Hotlips Hannigan‘s band…) are many, as the group tends to be a bit of a revolving door in terms of personnel, although Jeff Tweedy of Wilco and Gary Louris of the Jayhawks are two frequent contributors.

The band started off in 1989 as a covers band, playing entire sets dedicated to the Eagles, or to top forty radio hits. From here, the group became a vehicle for songwriting of members who came and went, some of those writers being secondary writers in their full-time groups. Since ’89, five albums and a ‘greatest hits’ has been recorded under the Golden Smog name, with an active band website and frequent live appearances.

For more information, check out the Golden Smog MySpace page.

Also, check out the Golden Smog artist page on their label, Lost Highway.

“Shake it off” by Wilco is filtering its way through my computer’s speakers. For all of the disappointment conveyed by critics who seemed to think that 2007’s Sky Blue Sky was a step backward, this record was one of my favourites of the year.

Check out this clip of the band playing ‘Shake It Off’.

I can see why the Pitchfork set might have felt a bit let down. It’s not a noisy, off-kilter, left of centre release like Yankee Hotel Foxtrot or A Ghost is Born are. It’s a record which is a bit less haunted, with more emphasis on melody, and on band dynamics (with some new members being broken in to great effect…) rather than sonic textures. And leader Jeff Tweedy, with a voice that ranges from Paul Westerberg on one end of the scale and John Lennon on the other, strays more on the Lennon side with Westerberg’s grit still making it’s presence known.

As a result, it strays on the side of rock classicism, rather than indie cool. If that works for you, and you’ve not bought the album, the question is not whether you should, but is rather: what are you waiting for? Go buy.