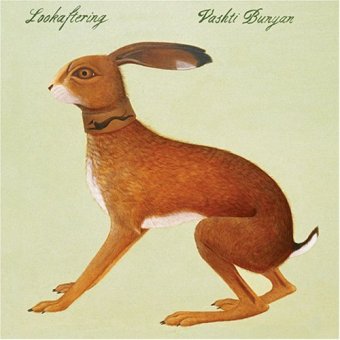 Listen to this track by returning den mother of wispy, ethereal English folk music Vashti Bunyan. It’s “Wayward”, one of the many jewels featured on her 2005 album Lookaftering, her second full-length album in a career that at that point stretched to forty years, starting with her years working with Andrew Loog Oldham in the mid-60s as a pop singles artist. Her first album, Just Another Diamond Day was released in 1970, a work that moved away  from pop and embraced a distinctively English folk style instead.

But, despite its delicate lyricism, ecstatic pastoral textures, and appealingly hazy melodicism, that first album was a commercial flop. Tired of the merciless rigours of the music business and of trying to find an audience that understood what she was trying to do, Bunyan gave it up to concentrate on other things, specifically in raising a family. She repaired to a farm in Ireland to live the rural life that is reflected in her songs. That was thirty-five years before she’d return as a recording artist with a new album.

What was it that brought her back? The answer is simply that her first album paid her back for her efforts by taking on a life of its own long after she’d given it up for dead.