Listen to this track by singer, songwriter, and pop music auteur Todd Rundgren. It’s his biggest hit, “Hello, It’s Me” as taken from his biggest selling album Something/Anything. The song was released as a single in 1973, where it reached a #5 showing, becoming something of a staple on classic rock radio from then until today.

Rundgren was among the earliest, and most high-profile proponents of the “record it all myself, and play everything too” school. Here on this song, Rundgren mitigated that approach slightly by playing almost everything himself. Either way, it would prove to be an enduring hit for him. And, it would have a lasting place in pop culture history as well, featured on soundtracks, and TV shows, as well as on classic rock radio.

But, there were other tools at work that helped Rundgren to enhance the rate of his output on a sprawling double album; drugs.

END_OF_DOCUMENT_TOKEN_TO_BE_REPLACED 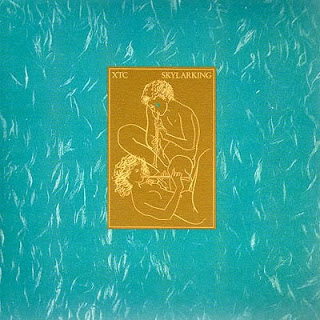 Listen to this track by former post-punk popsters and neo-psychedelic bucolicist champs XTC.  It’s the lushly arranged tale of mythic innocence, “Mermaid Smiled” as taken from their landmark 1986 album Skylarking a record which came about due to the efforts of at least two musical visionaries. The first being singer/guitarist and songwriter Andy Partridge, and the other being pop music wunderkind Todd Rundgren who served as producer.  And  when these two guys got together  – boy! –  did the sparks fly, in more ways than one!

The reason that the record is considered a gem in the band’s catalog is the musical and thematic unity it represented for the group at the time, having abandoned touring by 1982, and having embraced their love of 60s psychedelia and orchestral flourishes as a studio band.  And you can certainly hear traces of that in this song, with lyrics concerning mythical creatures and ‘caves of memory’ which may not have flown so straight as lyrical content when the group put out their first few records by 1977-78, when they were more in line with a punk and post punk musical ethos.

In edition, what is evoked here is a Romantic spirit in the capital ‘R’ sense of the word, with the title ‘Skylarking’ referring to Percy Shelley’s “To a Skylark” poem, and the images of an ideal summer firmly at the centre of the record.  This is not only true for this song, but is also bolstered by the presence of some of the best work the band had ever done in “Summer’s Cauldron”, “Sacrificial Bonfire”, “Grass”, and “The Meeting Place”. END_OF_DOCUMENT_TOKEN_TO_BE_REPLACED