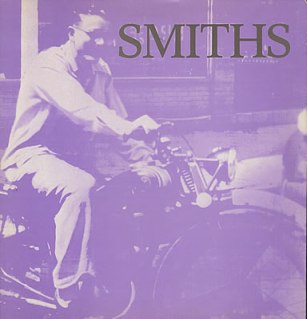 Listen to this track by Mancunian jangle-merchants The Smiths. It’s “Bigmouth Strikes Again” a 1986 single that also appears on their next-to-last record, The Queen Is Dead. The song reached #26 on the British pop charts that year. But, it would go on to become one of the band’s most memorable hits, and a staple tune to frontman Morrissey’s solo set after The Smiths came to an end.

Johnny Marr’s guitar work distinguishes the song as well, with Marr proving himself to be among the last of the guitar heroes, a disappearing breed by the mid-to-late ’80s. Marr was able to meld a number of musical strands together into a unique whole, from echoey and serrated post-punk playing, to old-school British Invasion jangle, to strident folk-rock strumming that you’re hearing on this track. As such, he would create a signature sound that was widely influential at the time, and that is still referenced by guitarists to this very day.

I remember reading about Modest Mouse looking for a guitar player who “sounded like Johnny Marr”, and  then having Marr himself audition for the job. Oh to be a fly on the wall to see the reactions of other players who also showed up at that audition! Marr of course got that gig, whether that story is mere legend or not.

But, perhaps one of the reasons why “Bigmouth Strikes Again” looms so large in the Smiths sterling catalogue of singles is because it captures Morrissey’s persona as a singer, and as it turns out, as a public figure too. END_OF_DOCUMENT_TOKEN_TO_BE_REPLACED