Listen to this track by four-cornered West Coast indie-rock pop artisans Gay Nineties. It’s “Letterman”, their single that served as a taster for their first “album-EP” Liberal Guilt, released online January 27, and in shops on February 3.

The band was born in 2010 when guitarist Parker Bossley, formerly of Hot Hot Heat, formed a musical bond with bassist Daniel Knowlington and drummer Malcolm Holt. They’ve since added a fourth member in keyboardist Bruce Ledingham IV, thereby expanding their sonic palette from the indie power-trio they were into a supple unit with an easy hand with texture and nuance. With that shift of course, they’re still able to joyfully pummel audiences with their enthusiastic brand of angular pop-rock in an alternative vein, and clearly made for radio. 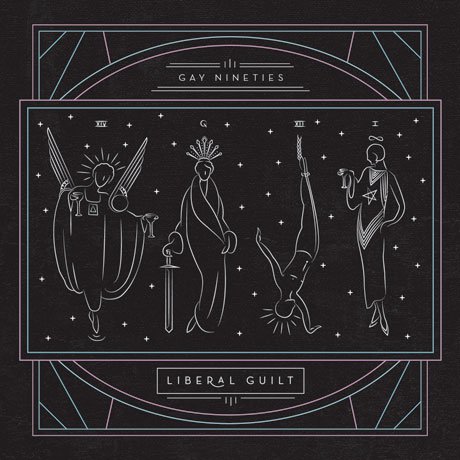 I got a chance to chat with Parker Bossley who answers for Gay Nineties via email about this song, about the new record, and about the role which that aforementioned pillar of success, rock radio, has in their lives.