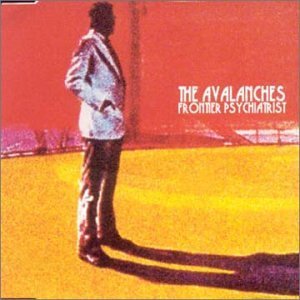 Listen to this track by Australian thrift shop denizens and razor-sharp sampling jesters The Avalanches. It’s their 2000 hit “Frontier Psychiatrist”, as taken from their (to date) sole full length record Since I Left You. The song would place on UK and US charts by 2001, providing critical and commercial success.

It’s difficult to broadly apply the term “songwriting” to this track in the traditional sense, just because it is made up entirely of found recordings from across a variety of recorded music streams. This includes comedy recordings, with the central one being Canadian comedy team Wayne & Shuster’s titular sketch which is heavily quoted, along with sound effects records, instructional recordings, Mariachi music, film scores, movie dialogue (John Waters’ Polyester to be exact), and sixties Enoch Light Orchestra flourishes all mixed in to make a glorious whole. How this was not a complete mess is a tribute to how deftly arranged the samples actually are. Sampling nay-sayers take note: not everyone can do this well.

I think another aspect of this song that is worth noting is that it helpfully undercuts what electronica and dance music had come to mean by the beginning of the century. A big part of that has to do with its varied and often unexpected source material, of course. But, another aspect of what makes this tune stand out is simply this: it’s hilarious! END_OF_DOCUMENT_TOKEN_TO_BE_REPLACED