Life is a mystery, as the poet once said.

This is true even in its most sublime moments, which is a big part of why it’s so precious. There are no guarantees and no promise that all the threads in a single life will be neatly tied up at the end of it, or indeed anywhere along its length. The history of songwriting has certainly plumbed the depths of this aspect of our existence, helping us to be aware of it and to come to a closer understanding of it in our own lives.

But in the lives of some songwriters, this concept of mystery goes one, and sometimes several, steps further. The murky, the undefined, the undisclosed, the unsolved may or may not be a part of their work in an overt way. But in their own lives, it’s a different story completely, with unexpected, discontinuous, and undetermined elements to their lives and careers that either have been mysteries to the listening public, or remain to be so today.

With that in mind, here are 10 songwriters who’s lives, myths, personas, are connected with the unpredictable and mysterious nature of life itself. Some are tragic. Some hold the quality of triumph, too. Some have since stepped from the shadows. Some remain lost in the void. Some you’ve heard about. Some you haven’t. Either way, these ten songwriters embody the various mysteries that are as compelling or even more so than the songs they left behind.

END_OF_DOCUMENT_TOKEN_TO_BE_REPLACED 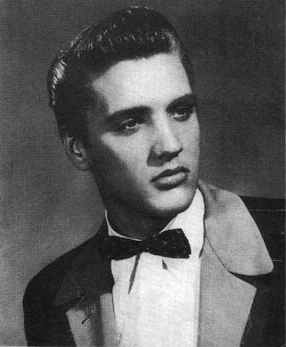 Just that first name alone conjures up so much imagery, so much cultural currency, so much good feeling for generations of people. Born in Tupelo, MS and raised in Memphis TN, Elvis was an eighteen year old who recorded a single at Sam Phillips’ Sun Records studio for his mum one day in 1953 on the occasion of her birthday as a gift to her; “My Happiness/That’s When The Heartaches Begin“. Who did he sound like? Well, he didn’t sound like nobody. From there, the landscape of popular music, and the barriers that existed between musical genres at the time, would be changed forever. From the cramped studios at Sun Records, to Hollywood movie sets, to Las Vegas residencies, to global satellite transmissions from Hawaiian stages, Elvis weathered all those changes besides.

What also changed was the man himself of course. By the end, he was no longer the earnest American boy with a singular talent for musical interpretation of anything thrown at him. He had become transformed into something more; a cultural avatar of almost religious stature. Those who came after him, carrying legendary mythologies of their own, all held him in the highest esteem. Even to his peers, he was The King; a messianic figure who stood above all of the trends, and enjoying the seemingly unconditional love of the masses up until his death at the young age of 42 on August 16, 1977; thirty-eight years and a day from today in the year that would have had him celebrate his eightieth birthday.

Since his passing, the mythology surrounding Elvis has endured in the imaginations and the works of many. Here are ten songs about Elvis, or at least ones that touch on his cultural importance. Some are down to earth and humourous. Some are profane. Others are almost Biblical in their veneration of that boy from Tupelo who made good. Overall, the range of songwriting styles and musical textures shows that even though he’s gone (or is he?), Elvis’ musical and cultural reach remains extensive even today. 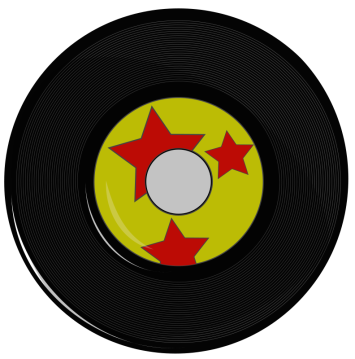 The cover version, as I’ve said so many times, should bring something new to the listener that they can’t get from the original. It’s a good general rule. There are perfunctory cover versions anyway, of course. And there are ones that you think couldn’t possibly work, and yet they do and sometimes gloriously so!

But, what of the cover version that seems to have been inevitable? What of the ones that appeared to have been waiting for the artist to take it in their arms and give it some sweet musical lovin’? I’m not talking about predictability here. No. I’m talking about that “of course!” factor; of course that artist recorded that song. It was made for them, even if they didn’t write it, or record it first!

Well, here are ten of those; songs that silently demanded that they be covered by the given artist, and that the artist framed the song in such a way as to bring out personality traits in it that weren’t obvious before, true to their own personalities and previous works. Some were big hits. Some were only minor entries into the charts. Some were little-known live versions or bonus tracks. But beside all those details, with each one comes the feeling to a listener that a sense of resolution has been revealed, that because each of these cover versions exist, finally the cosmic tumblers have fallen into place. Proceed! 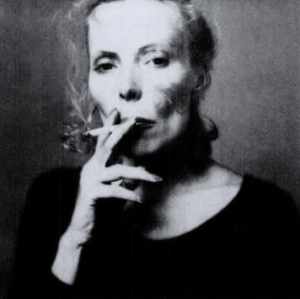 Joni Mitchell stands in a class by herself.

She is too often irritatingly referred to as a sort of “female Bob Dylan”, which still makes my hackles rise and keeps my gag reflex in good working order. Nothing against Bob, of course. But, the two artists are not to be compared, least of all while using the tag of “female” as a modifier, and ultimately as a way to reduce her significance on the basis of gender. I will say no more about it (maybe).

Hailing from the Canadian prairies, Mitchell took her art to the folk scenes of Calgary, Toronto, Detroit, New York, and eventually to La-La land and the Laurel Canyon scene starting in the 1960s and on through the 1970s. She started off with a girl-with-guitar hippie-chick image, where she has often stayed in the minds of the uninitiated. But, Mitchell’s work is expansive and fearless well beyond labels or eras, even from her earliest period. Lately, she’s made the headlines because of her ill-health, and also due to her rather cantankerous attitudes having to do with the music industry as well as toward her contemporaries.

But, it is her art that remains to be her strongest and most vital voice, sometimes with that cantankerous outlook built in, sometimes not. And as such, I hereby present ten tracks of Joni, ten musical beacons in a galaxy of bright points that measure her unique and far-reaching artistic journey. Some are hits, while others are simply examples of her fearlessness in an industry in which she thrived, and against which struggled in equal measure.