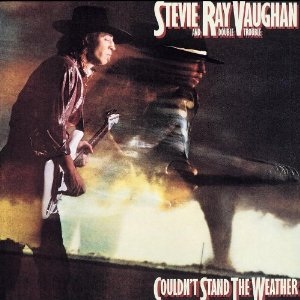 Listen to this track by Austin Texas blues-honky-tonk-rock trio Stevie Ray Vaughan & Double Trouble. It’s “Cold Shot” a hit single from their 1984 record Couldn’t Stand The Weather, their second as a band. Along with performing well chartwise, the video for it received heavy rotation as well, noted for its humour.

The song was written by W.C Clark, a local Austin blues legend, although by the early to mid-80s, Vaughn had made a name for himself in his own right. Vaughan had been a student of the blues since he was a kid, along with his older brother Jimmie Vaughan. This tune was one of several cover songs on the record, with other songs written by Guitar Slim, Jimmy Reed, and Jimi Hendrix. The blues in these primordial traditions was on the wane in many ways by the early 1980s as far as mainstream audiences went.

So, given that, how did Stevie Ray Vaughan get so big in that era? And, what does this tune represent in the middle of all of that?  END_OF_DOCUMENT_TOKEN_TO_BE_REPLACED