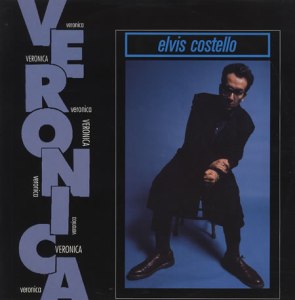 Listen to this track by bespectacled beloved entertainer Declan Patrick MacManus, AKA Elvis Costello. It’s “Veronica”, a hit single from 1989’s Spike. This is one of a number of songs Costello wrote with Paul McCartney by the end of the 1980s, in the beginning of his post-Attractions phase. Several of these songs would appear on the records of both men from the late eighties into the early-to-mid nineties. In this case, McCartney plays his trademark and iconic Hofner bass on the track. Also, this tune was arguably the most personal track they wrote together, and among the most personal songs in Costello’s catalogue on the whole.

The song was inspired by Costello’s grandmother, who suffered from Alzheimer’s Disease, with a vibrant life, a carefree mind of her own (and a devilish look in her eye) behind her that could only be recalled by her in brief moments of lucidity. In some ways, McCartney was the perfect collaborator on a song like this, having a solid track record even when he was in The Beatles in writing songs about women and the pressures and stresses they must endure.

As far as Costello’s part, and beyond the disease aspect of what inspired this tune, there is a series of wider themes that are served by it; human dignity, vulnerability, memory, the nature of old age, and of identity itself. END_OF_DOCUMENT_TOKEN_TO_BE_REPLACED