Listen to this track by parodic prog rock paragons Genesis. It’s “The Return Of The Giant Hogweed”, a tale of botanical horror as featured on the 1971 album Nursery Cryme, their third. The album kicked off a new era for Genesis; new members, new textures, and a new sense of scale.

The vital additions to the band by this time were drummer and vocalist Phil Collins, and guitarist Steve Hackett. Both musicians added their considerable instrumental chops to the material on the record to raise the whole band’s game. As a result, they helped to assure the group’s place as top shelf participants in a growing movement of bands at the time who traded on complex musical structures and often very high-minded lyrical subject matter.

To me, what made Genesis unique in their early output is that they could take conventions of all kinds and bring out the absurdities in them, no matter how obscure or mundane. And here, they’re able to write a song about an invasion, while also rooting it (pardon the pun) in an area not generally drawn on by most songwriters; botany. But there’s also hint at another area of interest that can be traced in their work that delves deeper still. END_OF_DOCUMENT_TOKEN_TO_BE_REPLACED 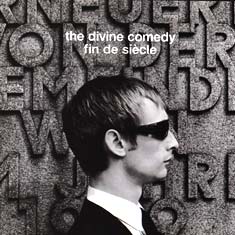 Listen to this track by Northern Irish pop concern with a rotating line-up, The Divine Comedy. It’s “National Express”, a single and a top ten hit in the UK as taken from their 1998 album Fin de Siècle. I say “their”, but perhaps I should say “his”, given that The Divine Comedy is steered by the central figure of singer and songwriter Neil Hannon, working with other musicians in the creation of his albums when not playing multiple parts himself.

Hannon’s general musical neighbourhood is centered around the minutiae of British life that is both real as well as that which is steeped in cultural myth. His approach also owes a debt to that which Ray Davies took in the 1960s with the Kinks, with his well-respected men about town, dedicated followers of fashion, and Village Green Preservation societies that populated a decidedly British landscape.  Maybe that Kinksian connection is why The Divine Comedy are very often included when the subject of Britpop comes up.

But, I think Hannon’s work went one better than most. END_OF_DOCUMENT_TOKEN_TO_BE_REPLACED 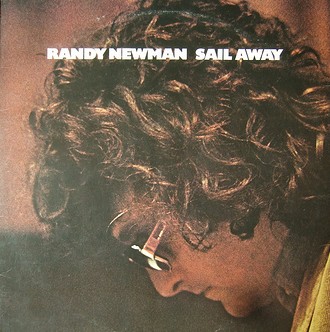 Listen to this track by former songwriter-for-hire , current sought-after soundtrack composer, and musical satirist Randy Newman. It’s his 1972 song “Sail Away” as taken from the album of the same name, Sail Away.

Although known in more recent years mostly for his Grammy-winning soundtracks to children’s films like Toy Story and Monsters, Inc., Newman stands as one of America’s greatest satirists on record. And this is certainly one of the best examples of this sphere of his work; a pitch from a slaver to a potential slave.

Newman had made a name for himself primarily as a West coast Brill Building-style songwriter from the early 1960s, penning songs for acts like The Fleetwoods, The O’Jays, Cilla Black, Gene Pitney, and Harper’s Bizarre, among others. He’d also work as a sessioner with other notables including Van Dyke Parks, and Leon Russell, working with his friend and long-time collaborator Lenny Waronker.

But, later he’d branch out more as a performer in his own right, an area he’d only dabbled in during his songwriting years creating tunes for other acts. By the end of the ’60s and early ’70s, audiences were ready for a singer with a unique voice such as Newman’s. And they were ready for their pop music to contain more than one layer of meaning, too.

And that’s certainly what they got here, a tale as told by an unreliable narrator (a Newman specialty). But, in addition to the story of a wondrous land of opportunity, with a life of toil and cruelty hiding behind it, there are other layers to be found in this song besides. END_OF_DOCUMENT_TOKEN_TO_BE_REPLACED