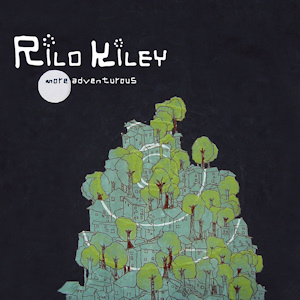 Listen to this track by Los Angeles-based indie rock auteurs Rilo Kiley. It’s “Does He Love You?”, a cut as taken from their 2004 breakthrough album More Adventurous, their third. The record’s title reflected their approach, which was one that certainly paid off in terms of critical dividends and by the presence of many of its songs on soundtracks at the time.

The band featured singer and multi-instrumentalist Jenny Lewis and guitarist and singer Blake Sennett, who also served as a writing duo from their formation of the group by the end of the 1990s. Both musicians came from acting backgrounds, with credits in film and television. Maybe that’s why they were able to craft such a sense of character and cinematic spirit into their songs. This one is surely one of their best on that front, and on many other fronts to boot.

This is a tale that starts off as a simple conversation between two friends who live long-distance, both ruminating on the state of their love lives. That is, until a shocking revelation is dropped into their laps, and into those of us who are the listeners, too. END_OF_DOCUMENT_TOKEN_TO_BE_REPLACED