Listen to this track by Scottish dance rock proponents and musical genre crossover adventurers Primal Scream. It’s “Loaded”, a hit song as taken from their seminal 1991record Screamadelica. The single was released in February 1990, over a year before the full album came out. 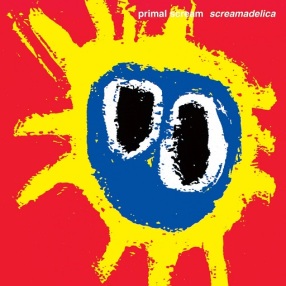 The song would be something of an anthem to the dance scenes all over Britain on its release, with a dash of ’60s iconoclast ingredients worked into its fabric. There are certainly musical ingredients to be found in what was once a humble remix that most assuredly helped to turn it into a hit single.

One of the defining elements to the song of course is the use of audio clips from the 1966 film The Wild Angels, starring Peter Fonda as a hard-riding member of a motorcycle gang, and a guy who knows what he wants to do; to be free, to get loaded, have a good time, to have a party.

Some themes never get old.

And beyond that, it certainly spoke to the burgeoning acid house scene at the same time. END_OF_DOCUMENT_TOKEN_TO_BE_REPLACED