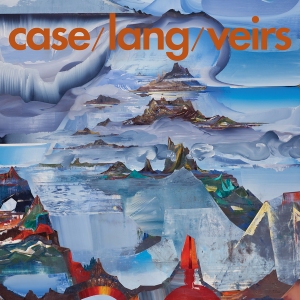 Listen to this track by three-cornered supergroup with the accountancy firm-style name, case/lang/veirs. It’s “Atomic Number”, the first  single from the upcoming self-titled album by three magnificantly talented singers and songwriters Neko Case, k.d lang, and Laura Veirs. The album is due out on June 17 from Anti-Records.

The formation of this band came initially from Lang as she sought to challenge herself within a band format. She contacted both Neko Case and Laura Veirs, both of whom reflexively said “yes!” at the prospect of working with her. Wouldn’t you? Well, maybe you wouldn’t given the calibre of talent that Lang represents by herself. She’s done duets with Roy Orbison and Tony Bennett, and held her own and then some. But, Neko Case is also a titan in the vocal department too, not to mention her capacity as a songwriter both as a solo artist and with The New Pornographers. Laura Veirs is the lesser known of the three, arguably. But, she’s been able to have a very maneuverable career, following her muse down various avenues just the same with results that make her one of the best in her field.

The question with a collaborative project like this is always the same, and that is this. Will the music survive the egos involved? After all, the word “supergroup” has been used, and rightly so. Luckily, it seems like this issue wasn’t exactly lost on the three principles. And the proof is in the pudding. So, what kind of dish are we looking at, exactly? END_OF_DOCUMENT_TOKEN_TO_BE_REPLACED

Take a look at this mini-documentary about the new Neko Case album.  The record in question, Middle Cyclone, is out now!

I’ve made it pretty clear that I think Neko Case’s voice is one the best ones out there as far as active, very active, singer-songwriters are concerned.  And it’s nice to get to see inside of her process a bit as we do here in this clip.  One of the things that struck me about this little featurette is the point she makes about taking old technology and using it to make a modern sound, which I think is a fascinating approach. Given that she’s pulling from so many influences down the decades, there is a certain propriety in it. 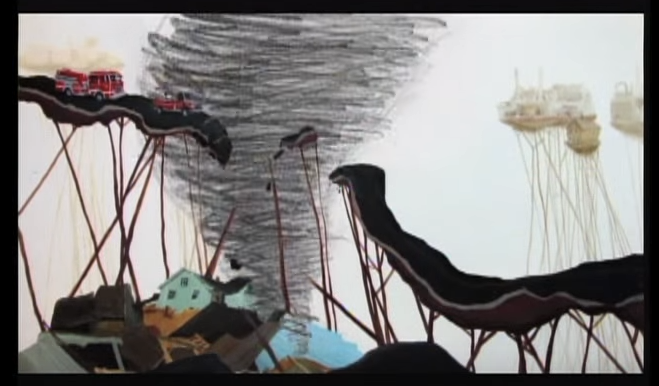 And is that a glimpse of Garth Hudson formerly of the Band I caught?  Garth played on her last record Fox Confessor Brings the Flood.  Given that Case has holed herself up in an old barn with her band to bring this record about, perhaps the propriety of Hudson’s presence can be appreciated on more than just one level.

For more information on the new music, and to hear the music itself, check out Nekocase.com.

To my ears, it just kind of a ‘voice’ album, if that can be its own genre.  I think this is the crux of it; Case’s voice is centre stage, and the style of what she’s singing is entirely secondary.

This is not to say that you can’t taste what’s in the sauce.  There is country to be found here, yet also 60s folk- pop (the Mamas and the Papas spring to mind in places…), which explains maybe where Case is coming from as a writer.  Yet, for me her voice makes this song, and the album what it is, with melodies which seem to pour out of her in the moment instead of having been written beforehand.  And on this one, you kind of hope that the song will go on and on.  But, it leaves you with an impression of a feeling, making you wonder why that feeling seems so familiar.  That to me is great writing.

The Sadies are owed a debt on this, having co-written it and played on it on the album.  Among other artists who appear on Case’s record include Calexico, Howie Gelb of giant sand, and one of my heroes Garth Hudson, the keyboard savant of the Band.

The song itself just beams with melodic sunshine, and it doesn’t hurt that the incomparable Neko Case is singing lead – she’s got a soaring voice which can apparently adapt to pretty much any genre. As a solo act she’s associated with alt-country. This time with the New Pornographers, she adds her pipes to a sort 60s power pop approach with a hint of ’67 Beatles, which is the general flavor of the album. The song is bursting at the seams with positive energy. It’s one of those tunes you want to hear again and again, while wanting to jump on the couch Tom Cruise style while it’s playing.

The band is actually sort of a musical collective, with members that also have solo careers, and who base their activities as a group right here in Greater Vancouver. Somewhere along the line, they have managed to get international attention and admiration from fans and fellow musicians all over the world. I’m proud of this band. I love that a local group has made such great music that’s appreciated internationally. That’s a very Canadian trait, for all of you non-Canadian readers; if one of us does well, than we all do. Yes, Neko Case is an American. But, she’s spent a lot of time here making a music career and studying at Emily Carr , so she counts as a Canadian, OK? They put out their fourth album, Challengers

To hear more from The New Pornographers, check out these fine websites: