Listen to this track by stylistically slippery Los Feliz-based musical vehicle for songwriter Mark Oliver Everett, Eels. It’s “Saturday Morning”, the lead single as taken from 2003’s  Shootenanny, the fifth release under the Eels moniker. The album followed relatively quickly on the heels of 2001’s Souljacker, and shares some of its harder, fuzzier edges.

By this time, Everett was in a particularly busy period with multiple projects on the go all at once. He was planning a magnum opus of a record that would eventually be released in 2005 as the thirty-three track album Blinking Lights and Other Revelations. That project would feature some of the most intricate and delicate arrangements of his career. At the same time, he recorded this album which was done in a contrastingly short period of time in a matter of a couple of weeks, live off of the floor. Somewhere in there, he also wrote the score for the film Levity. Whew!

Knowing what was on his plate at the time, it would be easy to chalk this particular song up to Everett’s own driven work ethic. Yet, this song alluded a time in the past before his career as a professional songwriter and musician even began, and to a state of mind to which many of us can relate.  END_OF_DOCUMENT_TOKEN_TO_BE_REPLACED 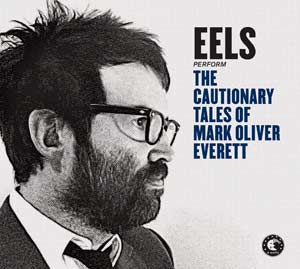 Listen to this track by Los Feliz-based musical concern Eels as led by E, AKA Mark Oliver Everett. It’s “Parallels”, a single as taken from 2014’s blatantly self-referential The Cautionary Tales Of Mark Oliver Everett.  The song would also appear on the excellent 2015 double live album Eels Royal Albert Hall.

Coalescing in the mid-1990s, Eels music covers a gamut of styles from sixties-influenced indie-rock, to roots-rock, to chamber pop, to a brand of Americanized trip hop, scoring E modest cult status enough to make a career as a professional musician known for brutally honest Lennonesque confessional songs. “Parallels” is one of them, springing from flowing acoustic guitar arpeggios and accompanied by a keening lap steel, a foil for E’s charmingly rumpled and weary lead vocal.

Before his professional music career began, E had been a part of a household with another well-known name in limited circles; his father’s, physicist Hugh Everett III. Many years after his death, the elder Everett makes his way into the middle of this song by his son. Or, at least his theories of quantum mechanics do. END_OF_DOCUMENT_TOKEN_TO_BE_REPLACED 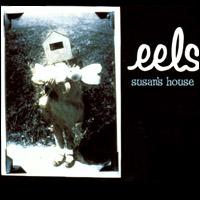 Listen to this track by LA-based concern with a penchant for vivid narratives Eels, led by head songwriter E (neé Mark Oliver Everett). It’s “Susan’s House”, the second single off of the band’s debut record Beautiful Freak in 1996.

This song, and its fellow single “Novocaine For The Soul” made a splash particularly in Britain where both of singles gained top ten chart showings. The success of this song surpassed that first single in the UK, quoting a piano figure from Gladys Knight & The Pips’ “Love Finds It’s Own Way“, and generally being a langourous and restful-sounding record, released in May of 1997 just as summer approached.

But, of course, there is plenty of restlessness to be found here in the urban landscape as traversed by the narrator as he makes his way to the titular location. There is plenty of tragedy, too. It makes one wonder whether this song isn’t just about a specific journey, but alludes to a greater one, too. END_OF_DOCUMENT_TOKEN_TO_BE_REPLACED

Listen to this track by Californian musical concern as led by Mark Oliver Everett (or ‘E’ just to make things simple), Eels. It’s “Mr. E’s Beautiful Blues”, a single released in February of 2000 and later to appear on the album Daisies of the Galaxy as a bonus track. His record company, apparently, insisted on it.

The song itself is a glorious three chord wonder, with the titular Mr. E providing his signature Eeyoresque voice to a song that is defiantly optimistic, co-written with Dust Brother Michael Simpson. The song charted in the top 20 in the UK. So, goddamn right indeed. The song would also appear on movie soundtracks for the films Road Trip, and Charlie Bartlett.

The optimism to be found here is in some ways to be contrasted by what had preceded it, namely Electro-Shock Blues which is considered to be E’s strongest artistic statement, and perhaps one of the best records of the 1990s to boot. That record was a loose concept record around the theme of death and mourning, in part inspired by the passing of Everette’s sister, mother, and a number of other family members and friends in close succession.

Needless to say, “Mr E’s Beautiful Blues” is the sound of a man emerging from a darkened room and outside into the sunlight, perhaps a little bit rumpled, squinting, and sore. But, alive, aware, and ready to move on.  Even still, there remains to be a hint of mourning left over from E’s previous release. END_OF_DOCUMENT_TOKEN_TO_BE_REPLACED