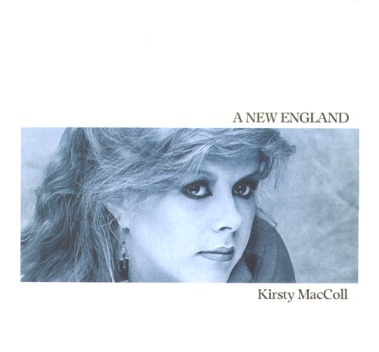 Listen to this track by self-motivated pop song interpreter and songwriter Kirsty MacColl. It’s “A New England”, her 1984 single of Billy Bragg’s original song that would get her to the top ten in Britain.

By the time this single was recorded, MacColl was a latter-day signee to Stiff records. While there, she’d record a few singles. But,  it would be this one that would make the most impact during her tenure there, with a tale of a young person suddenly confronting the end of a relationship, corresponding with the end of innocence, too. It also talks about love and its complexities, and its power to create as much disappointment as it does to create joy.

Besides filling out the song in an arrangement full of jangly guitars and spacious production, it’s MacColl’s ability to carry the material off which separated it from it’s original context, and created a new one in its place. And the song’s author would help with that process. END_OF_DOCUMENT_TOKEN_TO_BE_REPLACED 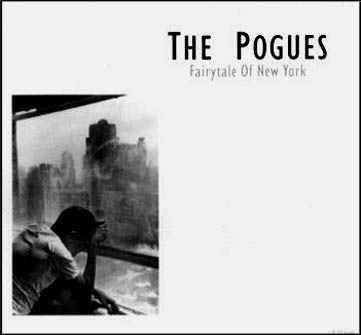 Listen to this track by Anglo-Irish folk-punk posse, featuring guest vocalist, and songwriter in her own right Kirsty MacColl. It’s the 1987 Christmas classic single, “Fairytale of New York”, a story of dreams, drama, dissolution, and drunk tanks all taking place during, or in the context of, the Christmas season. The song appears on the band’s high watermark album If I Should Fall From Grace With God, produced by Steve Lillywhite (Psychedelic Furs, U2, Simple Minds) released in January 1988.

Lillywhite was married to Kirsty MacColl, and when the song needed a guide vocal, Steve asked Kirsty to provide one. Originally, the song had been written with former bassist and vocalist Cait O’Riordon in mind. But, O’Riordan had left the band by the time singer Shane MacGowan and banjoist Jem Finer had finished it. When the band heard Kirsty’s vocal, they knew they were onto something.

The song would be an enduring one, forever associated with Christmas, and narrowly missing the coveted Christmas #1 that year (25 years ago!). But, what is it about this song that resonates so well with audiences? END_OF_DOCUMENT_TOKEN_TO_BE_REPLACED