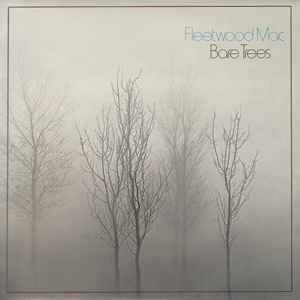 Listen to this track by former blues-rock titans turned folk and pop-oriented concern featuring an evolving line up, Fleetwood Mac. It’s “Dust”, a song written by the band’s 21-year old guitarist and vocalist Danny Kirwan, and featured on the band’s 1972 album Bare Trees. The song features lines from a poem of the same name by Rupert Brooke, an Edwardian poet who died in 1915.

Kirwan joined Fleetwood Mac when fellow guitarists and original members Peter Green and Jeremy Spencer were still both in the band. The Then Play On album would feature Kirwan’s dual lead vocals and his emerging talent on the guitar, which was a tall order when considering Green’s enormous stature as a player in particular. By the time the elder guitarist departed the group in 1970, Kirwan was well-established to take his place, or at least become the focus in Green’s absence.

This song is evident of Kirwan’s influence, which was the slow drift away from the blues, and into a more wistful, pastoral, and more radio-friendly direction during a time when folky singer songwriters were making headway when it came to selling records. This song in particular would reveal something else about Kirwan though, and would unfortunately foreshadow his fate at the same time. END_OF_DOCUMENT_TOKEN_TO_BE_REPLACED