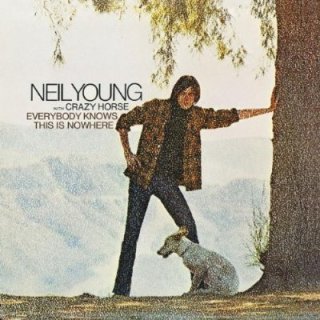 Listen to this track by Godfather of Grunge Neil Young playing with the now-venerable equine-monikered rock institution Crazy Horse. It’s “Cinnamon Girl”, a single as taken from Young’s second record bearing his name; Everybody Knows This is Nowhere, released in the spring of 1969 .

The song itself has appeared in many forms over the years since it was released, including on the essential compilation album Decade, released seven years after it appeared on Everybody Knows This Is Nowhere. By now of course, the song is a concert staple and a rock standard that serves as a touchpoint for many bands across the rock spectrum even now in the 21st Century.

It’s almost absurd to imagine that this song hasn’t always been around, so important is it to the way that rock music would develop in the ensuing decades. But, despite its standing in the annals of rock music history, it had some pretty humble, yet strangely magical origins. END_OF_DOCUMENT_TOKEN_TO_BE_REPLACED