Listen to this track by experimental pop collective and repositioners of classic R&B songs The Flying Lizards. It’s “Money (That’s What I Want)”, a cover of the much-beloved 1959 Barrett Strong original. As often as it was covered, by both The Beatles and by The Rolling Stones among many others, The Flying Lizards made this one their own. After its release as a single, it eventually appeared on their self-titled 1979 debut album and became an (perhaps unlikely) hit single; number 5 in the UK, and number 22 on the dance charts in the States.

In some ways, it sounds as though this take on the song is trying to throw its own fight in the appealing pop music stakes. And yet somehow, the opposite effect knocked listeners out during the height of new wave when weirdly cool records were able to thrive as record companies, perhaps, were still trying to figure out the paradigm shift. Even in 1979, this sounded pretty weird coming out of the radio; a true novelty hit.

But beyond the novelty aspect of things, I think there is something underneath this version of a classic and well-covered R&B song that does more than just amuse us by being such a curiosity as a hit single.

END_OF_DOCUMENT_TOKEN_TO_BE_REPLACED 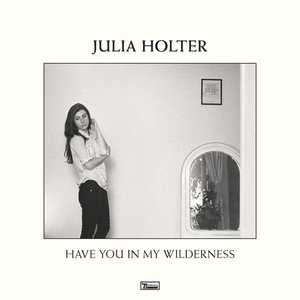 Listen to this track by Los Angeles avant-pop and art rock paragon Julia Holter. It’s “Silhouette”, a track featured on her fourth full length record, Have You In My Wilderness.

Crafted in the same spirit as contemporaries Imogen Heap and Joanna Newsome, and certainly in the grand tradition of Laurie Anderson and Kate Bush, Holter’s approach is a balance between spare melodic lines and sweeping aural vistas. There is something decidedly European in this song, and in much of her other music as well, with that aforementioned balance being the common denominator. Maybe it’s because the narratives that the music suggests sound too ancient in their origins to be anything other than companions to folk tales from a much older culture.

In this case, the song is based on a story about two sisters awaiting a lover, whom they both unwittingly share, to return to each them. In this sense, “Silhouette” seems to have something to say about relationships that applies to mythical patterns as much as it does to modern times, catching us in the traps that love can often set for us. END_OF_DOCUMENT_TOKEN_TO_BE_REPLACED