Listen to this track by British punk outliers and anti-boyband upstarts The Sex Pistols. It’s “Anarchy In The U.K”, a late 1976 single that would appear on the band’s sole studio album Never Mind The Bollocks, Here’s The Sex Pistols. That album was released in the fall of 1977, which was a banner year for British punk. This song would mark the time when music and the culture out of which it came in Britain would change forever, with new costuming, and a new banner under which to rally.

A lot of the classic elements of rock music are found in the music of The Sex Pistols. On that level, it’s not really all that revolutionary. But, as with the first generation of rock n’ roll that appeared twenty years previously, musical innovation wasn’t really the point. What was the point was the visuals, the presentation, the personalities involved, and a fundamental perception shift from the audience’s point of view. By the mid-to-late 1970s, something was needed to inject new life into the rock millieu. By then, rock music had grown dangerously close to respectability.  The Sex Pistols would certainly prove to be a tide in the opposite direction on that score.

What made this song, and this band so compelling within that? Well, I think the reason was this: they lived the lyrics of the song outright when it came to the gap between their generation and mainstream culture.  END_OF_DOCUMENT_TOKEN_TO_BE_REPLACED 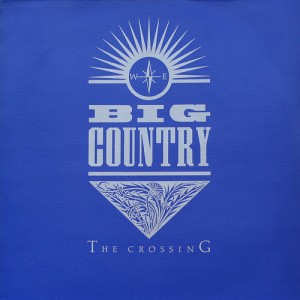 Listen to this track of anthemic proportions, from “big” music proponents from Fife – Big Country. It’s their sole North American hit, the almost self-referential “In A Big Country” as taken from their 1983 album The Crossing.

The song was a smash radio single from a band with an impressive output, none of which had any impact on North American radio waves but for this one song. But, what a song! A tune that fuses folk-influences with big pop choruses and post-punk textures, too.

This tune seemed to come out of nowhere, with the curious addition of guitars that sounded similar to a legion of bagpipers, catching everyone’s attention. But, this tradition of pop music had been well-established in Europe, with U2, and the Alarm scoring success with audiences there, using this same approach of Celtic folk approach filtered through rock presentation.