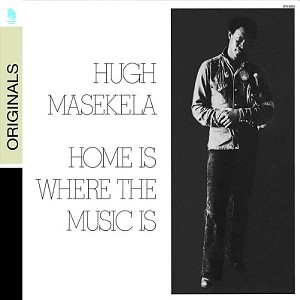 Listen to this track by South African horn master and jazz crossover champeen, Hugh Masekela. It’s “Part Of A Whole”, the opening track on his 1972 landmark album Home Is Where The Music Is.

This cut is practically seething with joy, full of his own lilting trumpet, the energetic and versatile drumming of Makaya Ntshoko and the playful alto sax lines of Dudu Pakwana, along with American jazz musician Larry Willis on Fender Rhodes, and Puerto Rican-born bassist Eddie Gomez filling out the lineup.

It’s hard to imagine this kind of joie d’vive coming out of  musicians that hailed from a region of the world that suffered under the oppression of Apartheid. As a musical figure, Masekela rallyed against this dangerous and oppressive political climate that also housed a hotbed of musical delights. In this way this is music that is, in its own way, very political. Further to that, I think that political reach extends outside of South Africa to regions closer to home, too. END_OF_DOCUMENT_TOKEN_TO_BE_REPLACED 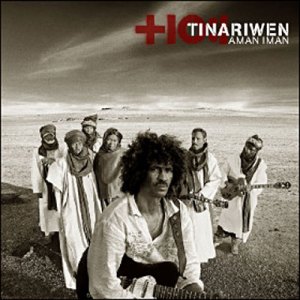 Listen to this track by actual rock ‘n’ roll rebels from the sahara region of northern Mali and Algeria, Tinariwen. It’s “Matadjem Yinmixan”, a key track as taken from their 2007 album, directly translated as “water is life” from the Tuareg language tamasheq native to the band . This title is perhaps of no surprise given the band’s origins, and even their name, which in English means “deserts”.

I say that they are actual rebels because the Tuareg people were involved in a war of independence in the early sixties and again in Libya in the mid-eighties, spending the ensuing years in between as a scattered people living their nomadic lives in various countries that make up northern Africa, including Mali. This is also a region known for being host to a source of the blues. In a region of the world where the desert is encrouching into farmlands every year, it’s easy to believe that the blues in several respects is alive and well on the edge of the Sahara.

But, in this case, it would be a mistake to think that Tinariwen’s music flows from this one source alone. In fact, the music they make is much like many other things in the Tuareg culture; it wanders, and picks up useful elements on its travels. END_OF_DOCUMENT_TOKEN_TO_BE_REPLACED

Mali is a hotbed of musical greatness on many fronts, particularly for reasons that the music made there is known to show the musical genetic materials that link traditional African music with many strains of Western pop music. Specifically, Mali and West Africa as a region in general is the ancestral home of the blues, the cornerstone of many musical forms which flow therefrom.

But, Mali isn’t contained in a musical or cultural bubble. The funk, rock, blues, soca, reggae, and even disco grooves to be found in this music from Mali is a result of true cross-polination, particularly here with Amadou & Mariam’s work. I think it’s the result of songwriters reaching for sounds that appeal to them, and pulled from their cultural traditions, sure. But, it’s also the result of exposure to traditions outside of that culture.

Hey! It’s just like every other region where songwriters operate!

So how does this duo’s approach break the music out of the “world music” tag?

END_OF_DOCUMENT_TOKEN_TO_BE_REPLACED

Kuti has been compared to James Brown, Bob Marley, and George Clinton of Parliament Funkadelic.  Yet, in Nigeria and increasingly everywhere else, he is recognized as a singular artist who crafted something original and beyond comparison.  He’s also widely recognized as a national hero, standing up to government corruption in Nigeria in the 1970s and 80s, and often paying dearly in doing so.

Yet apart from that, Kuti was a dynamic, seemingly tireless performer and recording artist, with marathon-length sets that tested the physical limits of his band, as well as his own.  Perhaps his sociopolitical fervor fed his performances.  Or perhaps, it was the other way around.

He was born Fela  Ransome (later ‘Anikalapo’) Kuti in Nigeria, 1938, to a musical and politically anti-military family.  Intially studying to be a physician, he travelled to London where he formed his first band in 1961.  Taking traditional West African high life music and marrying it to the trad jazz and burgeoning R&B music he was hearing in the London clubs, he became the first preponent of what he called Afro-beat, which he then took back to Nigeria two years later.

While touring and recording with a new band Koola Lobitos, Kuti would spend nearly a year in the United States, where he became acquainted with the writings of Malcolm X and the philosophies of black nationalism.  This would feed his desire for reform in his own country.  Before returning to Africa, he would record The ’69 Los Angeles Sessions

album, which showcased his absorption of soul and funk into his traditionally Afro-centric sound.  He would develop this sound into the 70s, forming a new band Africa 70, and establishing himself as something of an impressario, club owner, record producer, and patriarch of a compound in Lagos.

In the ensuing years, he preceded to create what is now something of a cultural legacy, passing along his trade as a musican, and his beliefs as a political activist,  to his children, most notably Femi Kuti who continues to bear the Afro-beat torch.  A notorious womaniser, Fela sired a sizable number of children from almost as many women.  His lifestyle got the better of him, and he died of an AIDS-related illness in 1997.

Although certainly not without his flaws, Kuti lived his convictions, while also being a musical innovator during some very troubling times in his home country, inspiring the population with his music as often as he could.  While setting up a studio in Nigeria in the early 70s, former Cream drummer Ginger Baker rekindled a friendship with Kuti, whom he’d met when Kuti was in London in the early 60s. Baker often sat in on live gigs, which would go on for hours.   In an interview with Ginger Baker about Fela Kuti, Baker had this to say:

He didn’t have any competitors. [laughs] There was nobody doing what Fela
was doing. It was just…heh…you had to go to Fela’s club to see that.
You didn’t see anybody that wasn’t moving. The whole place was jumping…

Here’s a clip of Canadian singer-songwriter Bruce Cockburn playing a version of his 1986 song “World of Wonders” with Malian master of the kora, Toumani Diabate.

The clip is taken from the documentary River of Sand, which is narrated by Cockburn and is concerned with the environmental issue of the expanding desert, and the efforts of the people of Mali to counteract it. Along the way, we get to know the people and their culture, particularly their music and key proponents of it, like Diabate and guitarist Ali Farka Toure.

While in Mali filming the documentary, Cockburn met with a number of musicians with whom he would jam informally, and who would eventually find their way onto his recording Breakfast In New Orleans, Dinner In Timbuktu

, as well as later recordings. Toumani Diabate was one such luminary, a musician with a growing worldwide reputation for his dexterity on the kora, a 21-stringed instrument made from a gourd and animal skins.

I really love this version of the Cockburn song, which on the original album by the same name, World of Wonders

, is a bit dated by 80s production values. Here, it’s organic and sort of ghostly, largely due to Diabate’s contribution. The sound of the kora is something of a cross between a harp and a mandolin to my ears – delicate, yet grand too. It suits the song, which is about the beauty found in a world that is also marked by oppression and unjustice. On the African continent, there are striking examples of both, which makes the playing of this song quite a potent choice.

For more information about Mali and attempts to irrigate the desert, visit Oxfam.