Listen to this track by British funk soul collective and acid jazz scenesters Jamiroquai. It’s “Too Young To Die”, the second single as taken from their 1993 debut Emergency On Planet Earth. This version is the album version. A shorter radio version was released, scoring a top ten showing on the British charts.

The song combines the feel for early to mid-seventies grooves, complete with brass and string arrangements, with some unique ingredients of their own (a full-time didgeridoo player!). To the forefront is singer and principle Jason “Jay” Kay, who’s vocal stylings evoke a classic Stevie Wonder sound for which he was sometimes unfavourably compared. Stevie is a tough act to match. Yet Jamiroquai hit at just the right time, as British acid-jazz was gaining steam in the early nineties, also including acts like The Brand New Heavies, The James Taylor Quartet, and Ronny Jordan. After that scene petered out, Jamiroquai were still enjoying healthy chart action.

This song remains a highlight in the string of chart hits Jamiroquai put out during the nineties. Its retro feel is certainly musical in nature, full of jazzy chord progressions, funky bass, soul brass, and disco strings. But, the subject matter and the way that it is presented is pretty retro, too. It’s a political song that you can dance to. And it represented a shift from the paradigm of eighties and into a new decade, too.

END_OF_DOCUMENT_TOKEN_TO_BE_REPLACED 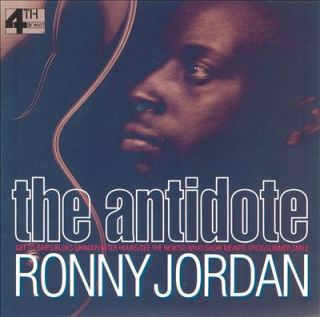 Listen to this track by acid jazz six-string slinger Ronny Jordan. It’s “So What”, a single as taken from his 1992 record The Antidote. The album was a part of a movement to link post-bop jazz with early ’90s hip hop and R&B of which Ronny Jordan was a major player, based in Britain but making impact in North America too.

This piece is well established in jazz history, originally the centerpiece and lead track to 1959’s Kind of Blue album by Miles Davis, a game-changing release that led jazz into a new era in the 1960s. Jordan wasn’t the first guitarist to cover the song. Grant Green and George Benson would both release versions of the song, two guitarists that Jordan would count among his musical forebears. But, Jordan’s innovation was in bringing it into a new milieu outside of jazz that included hip hop beats and a distinctive R&B feel.

Jazz has always been treated as a sacred trust, by critics and by musicians too. The attempts to marry other music to how jazz is defined has had a mixed history, celebrated by many, and condemned by others. The conflict around it has mostly been about preserving a tradition. But, the attempts to push it in new directions had to do with bringing it new life, in turn by making it culturally available to new audiences.

How is that played out here? END_OF_DOCUMENT_TOKEN_TO_BE_REPLACED