Ordinarily, I would start off my annual Fall Into Tunes edition with something about the changing colours and cooling weather that comes with the autumn season. At the time of this writing though, lawns are still crunchy and golden here in the (supposed) rainforests of Canada. And unfortunately, the smoke of forest fires is still hovering over many parts of the region. It’s like we’re living on an entirely different planet these days, Good People! What’s the weather like where you are? Whatever it is, I hope it suits your state of mind. 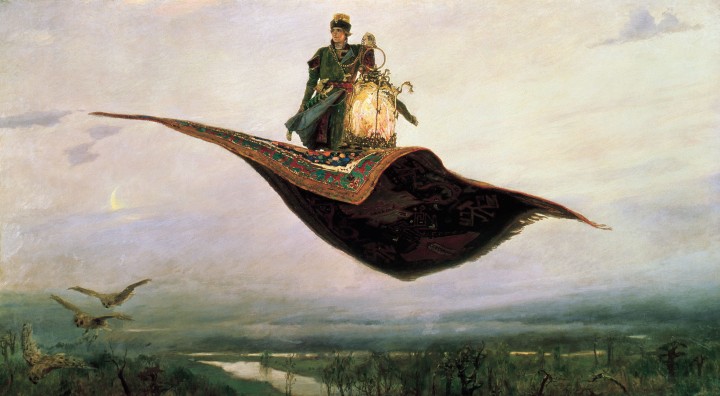 No matter where climate change may take us in the future, there will always be music in some form or another. A good tune can sustain us like a gentle rain. Although, I wouldn’t say no to a gentle rain, too. To tide us all over during this fall of 2017, a time that will never be repeated (so enjoy it to its fullest, everyone!), here is a selection of new music to serve as a soundtrack while scratching one’s head about the state of things, or just for the sheer sake of the music itself while pushing all other thoughts aside.

As is our custom down here at the lavish offices of the Delete Bin, tell me your favourites among these gems. And in turn, tell me what new artists you’ve discovered this summer now past who do not appear here.

“Empty Nests” by The Warp/The Weft

To kick things off, here’s some Anglophilic folky-proggy goodness from Poughkeepsee, NY, The Warp/TheWeft with a song that touches on war, loss, and the empty nests that often remain. These themes are well represented in the video, accompanied by a song that is full of serrated guitar and compelling time-shifting rhythms. The song comes from their album Mapping the Absence.

Learn more about the band at thewarptheweft.com

“Get Ready” by Shapes On Tape

Taking up the illustrious traditions of the new wave disco pop that emerged from New York at the end of the seventies comes this song from Brooklyn’s Shapes On Tape. This song is an anti-imperialist anthem that doesn’t forget to keep everyone’s feet moving. Fans of Franz Ferdinand, Blondie, and a hint of early U2 even, take note. The song is a part of the band’s progression toward the full length Legends in the Process album, currently being worked up in a “world-class studio” and with (purportedly) the best drummer in Brooklyn.

Get caught up to the band at shapesontape.com.

“Simpler Places” by Burn The Louvre

Hailing from Hamilton Ontario, a city with scene that holds a special place in my heart, comes Burn the Louvre with this millennial anthem about growing up as taken from their new EP We’ll Be Just Fine. The song is rooted in indie rock and power pop and features a classic disaffected narrator musing on the often underwhelming experience of reaching adulthood to find that not much has changed. Sing it again, guys.

You can learn more about the group at burnthelouvre.com.

“The Last of Our Kind” by FAERS

Lush and atmospheric indie rock is what London’s FAERS do best, making their way to the top of the list in the British press slowly but surely. This song is their newest single, a tip of the hat to influences The Maccabees (who disbanded last year) and a sign that FAERS are making greater headway into the top tiers of British indie rock. The single was written during a getaway in the Welsh countryside, fully realized here with colourful production flourishes from producer Anders Lagersford. This band is one to watch, kids.

“Suburban Wonderland” by The Heirs 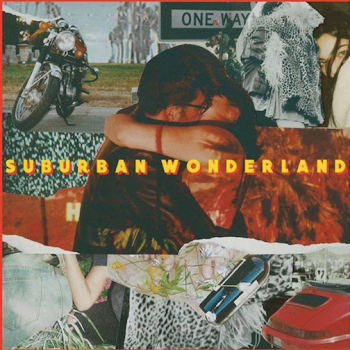 If there isn’t such a thing as psych-dance-pop, then Los Angeles-based The Heirs may have invented it with this tune that serves as a single to their upcoming EP. This song just shimmers around the edges with an intoxicant buzz, full of colourful synth textures and ecstatic joy, cut with just a hint of ennui for good measure. The band has made a splash in the media since signing with RED MUSIC, a division of Sony Music, with coverage ranging from Teen Vogue, MTV News, and Paste magazine, among others.

Get the latest about them at theheirsmusic.com.

“A Friend’s Halo” by Distant Creatures

Speaking of atmosphere. Washington, DC’s Distant Creatures deliver it in spades, with a unique dreampop sound that’s characterized by a sort of Sundays-like gauziness. This is one of two singles (see also the excellent “Unsure”) taken from the band’s most recent album Snares in Safe Harbors. Like the FAERS tune above, this song is also the result of an excursion to a rural landscape, this time to Virginia. The result is a sort of dreamy, restful, and evocative pop sound full of sleepy optimism. 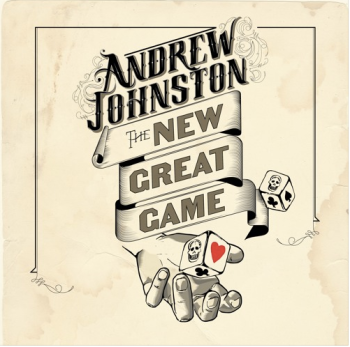 Here’s a funky n’ crunchy tune from Ottawa’s Andrew Johnson with a song that looks forward as well as back, a reflection of where one has been, where one is, and on the price to pay to get where one wants to be. This track shimmers with a kind of Talking Heads-like funk, full of nostalgia and paranoia in equal measure. The song is a harbinger to a full length record The New Great Game, produced by Murray Lightburn of The Dears.

Find out more about Andrew Johnson at thisisandrewjohnston.com.

“I Just Want to Be Single” by Brika 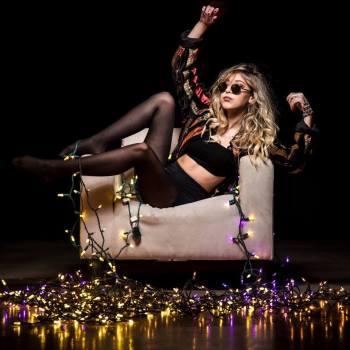 In the irresistible pop department, it’s hard to beat this one from Miami, Florida native Brika (BREE-kah), as taken from her upcoming EP for which this is lead, uh, single. With her voice that oozes a classic R&B langour at the center of it, Brika’s music is designed to run the gamut of human experience, cutting her unique brand of pop music confectionary with an infusion of melancholy that lends it undeniable depth. Fans of Sia/Zero 7 and Thievery Corporation; run, don’t walk.

Radio-ready guitar pop lives and breathes and this track is all the proof you need courtesy of Four Star Riot, hailing from Tampa Bay, Florida. This tune is rooted in power pop traditions that sound both vintage and timeless at the same time. Among other claims to fame, a song of theirs (“Something So Right”) appeared in Deadpool (in the pizza guy scene), as well as making an impression via their stint in opening for Living Colour. This song is their newest single. 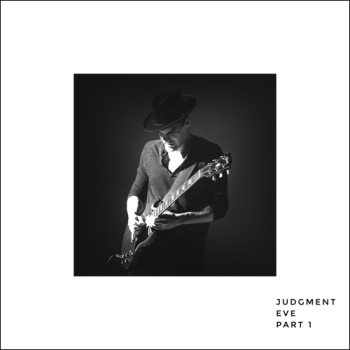 Surely your sins will find you out, says this song by Austin, Texas’ Sam Pace & the Gilded Grit. For fans of Nick Cave & the Bad Seeds, Morphine, and Jack White, this band may be your next stop on the grimy indie-blues-rock line, full of hellfire and brimstone portent. This noirish and gnarly track is full of rural blues stomp as mixed with crackling-amp swamp-rock swagger, taken from the rather Biblically-titled Judgement Eve: Part 1.

Learn more about the band at sampacemusic.com

“Gone” by Our Ceasing Voice 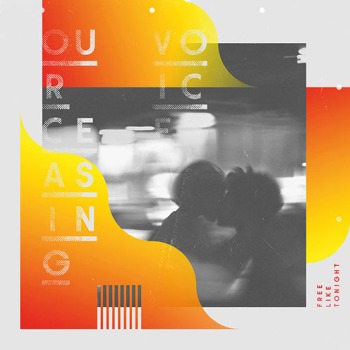 For more gravelly-voice confessionals comes Austria’s Our Ceasing Voice with this song that mines the depths of shadowy ambient rock, and full of emotive gravity that’s perfectly autumnal. The track is a feature on the new record, Free Like Tonight, a quiet, late-night-musings-between-sips-of-whiskey kind of anthem suited for the end of a long day, with memories of summer behind you forever.

Get up to date on the band at their Facebook page.

If summer hasn’t quite gone away by now, then count this track by London-based by way of Japan the fin. as your late-in-the-day anthem to hazy days lazing under the shade of trees while the sun is a-blazin’. Since creating the music in their bedrooms, the fin. have taken it to the masses (SXSW, Fuji Rock), full of analogue textures and dreamy aural landscapes that capture the imagination. The song is featured on their upcoming album due sometime next year.

For more, check out thefin.jp.

For velvety night music that deconstructs and then reassembles the traditional love song, you can’t do much better than this cut from Memphis, Tennessee’s Teddy LOET & ODDyssey. The song combines hip-hop aesthetics, R&B, and dreamy ambience together into a jazz-inflected excursion. This is music that is bound by a quiet confidence, taking its time to work its way into your consciousness. The song a feature from the most recent EP Velvet Space.

To close our list for this autumn season, here’s a song that is full of unabashed joy and beaming optimism from Cambridge, England’s Gavin Chappell-Bates. The song is the first single off of his upcoming second album, imbued with childlike wonder and with an accompanying video that parodies BBC children’s TV, while at the same time containing bona fide good feelings and well-wishes. It stands as a contrast with the songwriter’s own past struggles with depression and anxiety, and serves as a kind of aural anti-toxin for all of us in these strange and dark times in which we now seem to be living.

Learn more about Gavin at gavinchappellbates.com.

There it is, Good People. Another autumn season kicked off, and now with a soundtrack to go along with it.

What are your favourite cuts? Tell me all about it in the comments section, along with any recommendations for further listening.

Otherwise, and as ever,