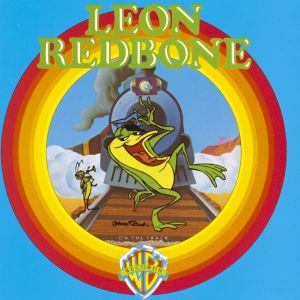 Listen to this track by throwback ragtime guitarist and singular “character” Leon Redbone. It’s “Lazy Bones”, a cut off of his 1975 debut record On The Track. That album contained several renditions of pre-war tin pan alley,  jazz, and country blues tunes like this one that are so authentic sounding that you can practically hear the surface crackles on them.

For all of the retro-style textures from decades ago that artists today reference in their own music, Leon Redbone preceded them all. Like an artist today might reference a sound from the seventies, Redbone in turn reached back into the 1930s and even earlier to remind his audiences that the nature of pop music hadn’t really changed that much in terms of form in that they were still short little aural slabs of joy that are designed to get stuck in your head. The album even scored an #87 on the top 100 Billboard pop album chart by 1975.

Much like the dusty musical forms he traded in, Leon Redbone was an enigma. Like the blues itself, no one really knows where he came from, and not just in a showbiz sense.

Always wearing a fedora, shades, and a black tie, “Leon Redbone”  is more like an artistic construction than a real person. In this, he positions himself less as an artist or entertainer, and more like a vessel for the material itself with no real separation. No wonder Bob Dylan was such a fan when he heard Redbone perform at the Mariposa Folk Festival in Toronto one year. When it comes to being elusive, mysterious, and prone to dressing up to deliver old-timey music, it takes one to know one, I guess.

In one respect, it’s pretty obvious where Leon Redbone came from. He was a modern embodiment of a certain spirit that was very prominent during the time that Tin Pan Alley songwriters Hoagy Carmichael and Johnny Mercer wrote this very song in 1933. During that time, life in the American south was heavily romanticized in song, even if many of the writers of those songs (Mercer excepted) hadn’t been south of the Mason-Dixon. The character at the center of this song is a classic idealized southern figure; laconic and leisurely, wiling away his life doing nothing when there was work to be done. He is a lovable figure that is emblematic of a child-like world that pop music fans of the time gravitated toward.

What does this have to do with Leon Redbone’s identity?  In real life, no one story about where Redbone really came from has ever been unanimously confirmed. One story had him as an American ex-pat living and working in Toronto where he was first heard on stage. Another has him as an immigrant from Europe, having changed his name once he landed in Canada. Perhaps the story is completely other, or a combination thereof. He is shrouded in mystery even today when it comes to any detailed and definitive account of his life. But it must be considered that that solving that mystery is kind of missing the point. In the end, he too is emblematic of that same child-like world about which he sings in this song. His persona is a part of the effect.

Getting back to that idea of a romanticized American south as the Great Depression laid many families to waste, I think this very same idea of embodying an idealized version of reality was at work here in this song, and in each era it was presented. During those times of social and economic turmoil of the 1930s, songs like this one lightened the mood. They did more than that. They evoked an untroubled world of humour, simplicity, and child-like wonder. By the mid-1970s as the Vietnam war was winding down to a horrifying conclusion, as oil prices skyrocketed, as a President resigned in disgrace, and as countercultural ideals began to wither into cynicism, that same longing for simpler and more innocent times was probably pretty common, too. It’s no wonder that Leon Redbone readily found his audience.

Redbone would expand his cult influence for years after this with sixteen albums to his name all told, plus countless concert appearances. All that while, his southern gentlemen persona remained unchanged. In this, he was the keeper of the flame when it came to simpler times as imagined they should have been, not necessarily as they were. With there being darker undercurrents in that kind of nostalgia these days being used as a means to control people, Redbone’s evocation of idealized American life stands utterly apart from it, remaining to be a balm during times of upheaval and always a comfort as the world seems to teeter on the verge of chaos.

Leon Redbone retired in 2015 due to ill-health. But you can still learn about his career at leonredbone.com.