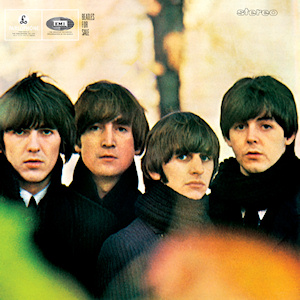 Nineteen sixty-four was a busy, busy year for The Beatles. They expanded their songwriting capacity and output, made a movie, cut a record, went on tour that took them all over the world, and cut yet another record; this one, Beatles For Sale. Historically speaking, this album never got the love it deserved, wedged between two movie-oriented titles that generally get more props. Also, the record features a lot of covers of old rock ‘n’ roll numbers after having established themselves as independent and very skilled songwriters in their own right.

Is this record a step backward in that respect? Is it a stop-gap album to capture the potential market for being on the Christmas lists of teenagers during that busy year with its title “Beatles For Sale” containing no irony? Or does this album contain more obvious traces of the band they would become even more so than ever before, which was one that was truly revolutionary? Is this a goodbye to their early career, or a hello to the next phase? Is it both somehow?

My friend Graeme and I address these very questions  in this fourth episode of our podcast A Year With The Beatles. We are joined by Joanna Ashwanden who is a writer, blogger, and former high-school English teacher. More specifically, she was our high school English (and drama) teacher, now living in England. So, that’s why we are particularly well-behaved on this episode! For our extra credit homework, we discuss the Beatles fan club Christmas messages recordings the band did between 1963 and 1969 (so that you don’t have to!), and ponder how those recordings can be understood in parallel to their career as a whole.

Listen to the episode right here.