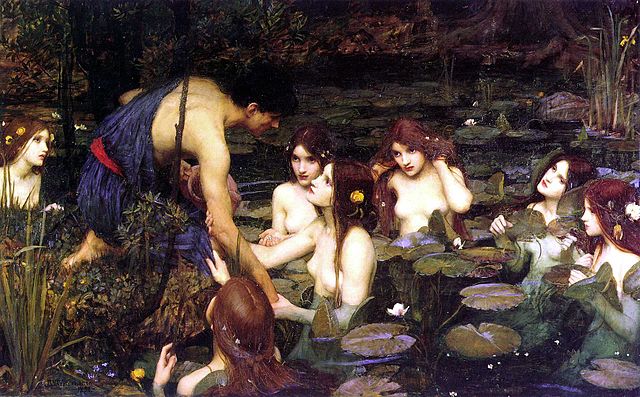 After a particularly bitter winter on the east coast, and a pretty rainy one here on the west coast of B.C, a sense of renewal is required, whatever the weather. Everyone likes that feeling of moving on to the next phase. And when it coincides with the arrival of a new season, then all the better, right?

Even if you find yourself still entangled in winter’s morass, renewal can still be a thing. Of course (and you knew I was going to get to this) new music helps with that. Lately, I’ve been thinking about how lucky we are living in this age, when so much great music is being made, and being made so readily available. Our playlists are our own. But, perhaps this new list of tunes can help you form your own playlist for a new season, and for a new season and era in your life, too.

“Since You Been Gone” by The Heavy 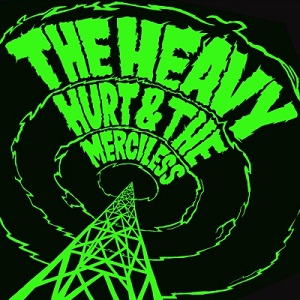 When neo-soul spirit meets indie rock attack, then look out! These two streams of music have always been connected. But, this is a closer connection than most. This track is one of two singles featured on the newest album by Bath, England’s The Heavy, Hurt & The Merciless. Look for that release coming in April, friends.

“Break Away” by Matt Andersen 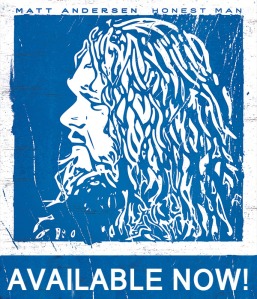 Perth-Andover New Brunswick favourite son and superlative guitarist, singer, and songwriter Matt Andersen is a live favourite across Canada, playing a melange of style along a roots rock spectrum, and basically impressing everyone who hears him play. This is his latest single off of his most recent album, Honest Man. As of this writing, Matt is touring the album. If you get a chance to see him, go for it. Trust me. 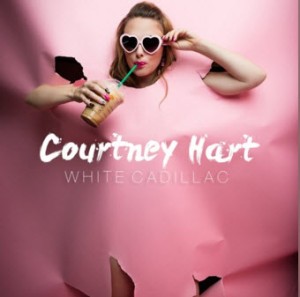 Still in that roots vein, and injecting a bit of punk rock spirit to a honky tonk millieu, Los Angeles-based singer (also an actress and model)  Courtney Hart spans the gap with an energetic tune to wake up your metaphorical daffodils to a new season. This tune is a single currently making waves on local indie radio.

“So Right” by Baskerville Jones 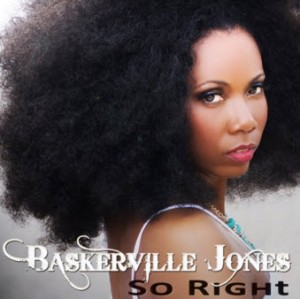 For a soulful and spare turn with a reggae-flavoured lilt that makes a bit of extra space for you to stretch out and relax inside of it comes this tune by Los Angeles’ Baskerville Jones. This song is a single, taken from her EP Mile 1, her first solo project after a number of stints on international stages, including performing with none other than Sly Stone.

“It’s Cold” by The Henry Millers 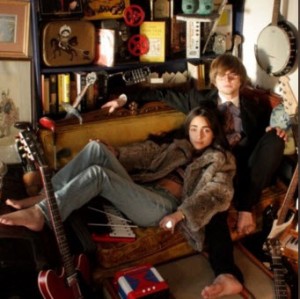 For some laid back, ice-meltingly appealing pop music, we now travel down to Nashville and to the literarily-monikered duo The Henry Millers. This tune is taken from their most recent EP, Demosthenes, capturing a sort of a wintry, ethereal orchestral pop feel that stands as something as a last hurrah for winter before the crocuses start a-blooming.

“Swooner” by The Zolas 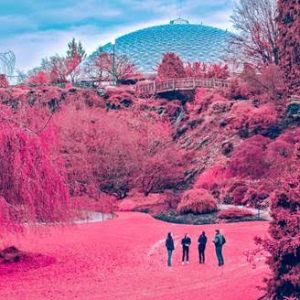 And now for a more local (well, local to me) band comes Vancouver-area favourites (and favourites of mine all around!) The Zolas. This tune served as the taster for their new album of the same name released on March 4th. As always, The Zolas have crafted best-in-class indie rock with shimmerning psych flourishes, full of contrasting textures and pure danceable groove. Let your feets be your guide on this one.

“It’s Easy To Love” by Halfloves 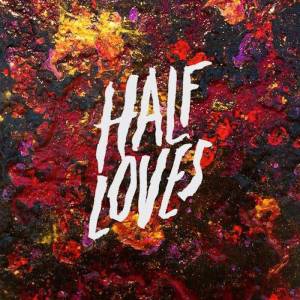 For some dreamy pop music infused with aural optimism/lyrical darkness dynamics, this tune as taken from Iowa City’s Halfloves is just the ticket, Good People. The song is the lead single from their self-titled debut released on March 4.

“I Can Illustrate” by Robert Pollard 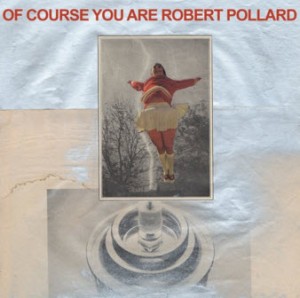 Robert Pollard’s work with Guided By Voices is beloved by many, and has been for decades. Before GBV is set to reunite, Pollard has put out this new song as taken from his newest solo album, Of Course You Are. Crunchy guitars, sixties garage pop hooks, mobius strip lyrical twists and turns that we’ve come to associate with Pollard’s signiture sound are all in place here, and then some.

“The Bright Side” by Ceasetone 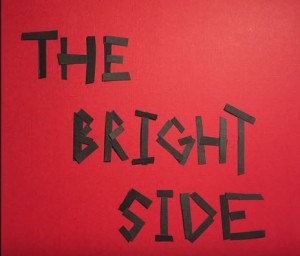 Want another spring tune? Let’s go to Iceland! Well, maybe let’s have Iceland come to us with Ceasetone who hail from that country, an indie rock band with a penchant for expansive electronics and with a talent on display for creating desolate sonic atmospheres. This tune, featuring a stop motion video no less, served as a herald to their SXSW debut this very month.

“The Man With The Hat” by Alessandro Ragazzo 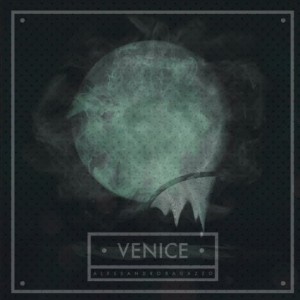 Singer-songwriter from Venice, the one in Italy mind you, Alessandro Ragazzo has crafted an EP of songs that are all set in his home city and called, of course, Venice. This is one of them, a dark tale of love and altered states of mind at the start of a journey, full of moody texture and noirish appeal. 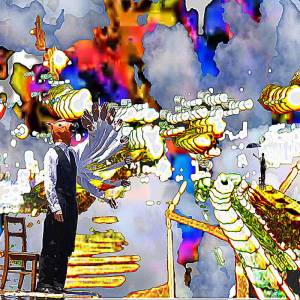 To welcome the insect life back to the world as the winter draws to an end is Nashville, TN singer-songwriter Ben Lowry. Ramshackle banjo, insistant bass and drums, and left-of-center Americana-meets-psych are the order of the day here. This tale of regret, isolation, longing is taken from Ben’s latest album Somnium. 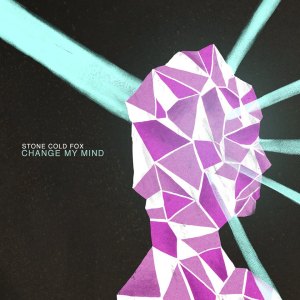 Connecting with a classic early eighties post punk sound, Brooklyn-based quartet Stone Cold Fox sound like they would fit quite nicely on a John Hughes movie soundtrack to my ears with this tune as taken from their EP Tunnel Vision. Having said that, they count The Strokes, LCD Soundsystem, and John Lennon to be their musical guideposts. So, you be the judge! 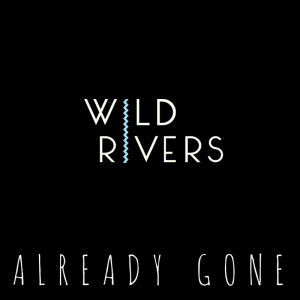 Maybe it’s old timey in a new timey context that you’re interested in, with maybe classic duet dynamics for good measure. Wild Rivers, an indie-folk band hailing from Toronto and Oakville (my hometown!) deliver on all of that, with a warm, rustic sound full of pathos and depth. This song, their second single, will feature on their debut record coming later in the spring.

“Letter To Our Future Selves” by The Foreign Films 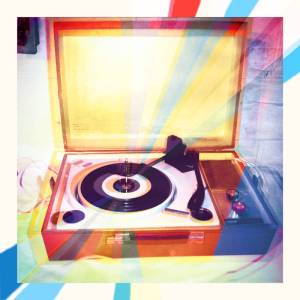 Finally, hailing from Hamilton Ontario, and a favourite of mine all around, The Foreign Films as led by chief instigator Bill Majoros delivers the fourth side to an ever-expanding project that will culminate in his upcoming triple album, The Record Collector. This is the final song on that side, lushly realized with ELO/Macca-isms a-plenty, and with as many other disparate musical ingredients as we’ve come to expect from Majoros and his merry band of collaborators.

I hope you’ll consider this to be my personal mixtape from me to you. Tell me your favourite tracks, and tell me about who it is you’re grooving along to as the flowers push their way up from the fecund earth this season.

Otherwise, and of course,