It’s been a dry and hot summer; the hottest on record, ever. On this coast, we’ve spent the summer watching lawns die, and breathing in the smoke of forest fires. As I write this, it’s raining, sending down life-giving waters as a new season dawns; fall. Or autumn. Whichever you prefer.

In any case, like the rains that are currently quenching the thirst of a parched West coast landscape as I write this, it’s new tunes that help to bring life and health to our spirits during a season when the natural world is thinking about turning in for a long night of winter. For that, as usual, the ‘Bin has got your cure right here.

Here are sixteen new songs to let trickle down into your thirsty souls. Read, listen, and as always, let me know your favourites!

For those of you nursing the end of a summer romance, this may be the anthem for you. Sydney Australia’s Mabel pulls from a classic rock inspired bedrock of sound, mixing guitar wattage and pummeling drums with sixties Motown pulse. This tune is taken from their recent EP of the same name, Rachel.

Learn more about them at mabeltheband.com. 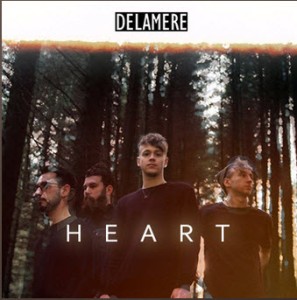 Originally formed in Stoke-On-Trent in the Midlands of England and recently based in Manchester come Delamere — an indie quartet who trade on soaring soundscapes and pop hooks in equal measure. The band is currently making inroads all over the UK, mixing guitars and electronics together into a timeless and heady brew. This is their most recent single, breaking out of a moodier vibe and moving toward all-out catharsis. This is the sound of the end of summer, but in a good way.

You can learn more about the band at delameremusic.com.

“Get To Me” by The Phantom Sound 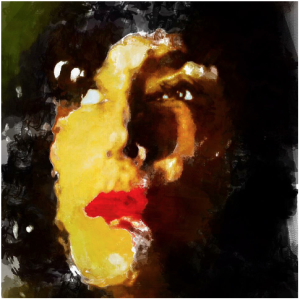 What if Blondie and The Posies made a post-punk record together? Well, they sort of did with The Phantom Sound’s single “Get To Me”, with Clem Burke on drums, and Ken Stringfellow behind the board. Otherwise, London-based lead singer Marisa channels 21st century energy through a late-seventies new wave filter, surrounding herself with talented collaborators.

Learn more about the single and upcoming releases at thephantomsound.com.

“Lacklustre No.” by Nova Heart

Speaking of Blondie, here’s a track from a band described at Blondie from China – Beijing to be precise. Also referencing similar neo-synth-pop textures of Ladytron, and featuring the vocals of the wonderfully monikered Helen Fang, this band was recently in the UK with an appearance at the Glastonbury Festival, garnering the attention of the NME, and Rolling Stone.

Learn about their self-titled debut record at nova-heart.com.

“Barry Was An Arms Dealer” by Rodney Cromwell

Learn more about Rodney Cromwell, actually the solo project of Adam Cresswell (just to confuse you) at darla.com.

“Young And Able” by Current Swell

Victoria, BC roots-rock concern Current Swell are well known here in the Great White North — and perhaps not so surprisingly, Brazil. So is this tune, that was a radio favourite here in Canada. Here’s a re-recording fit for the US market, introducing the band to a new crop of listeners with their langourous and loose blues-rock-meets-classic-rock radio-ready sound. This tune is taken from their recent Home Is Where You Make It EP.

You can learn more about them at currentswell.com. 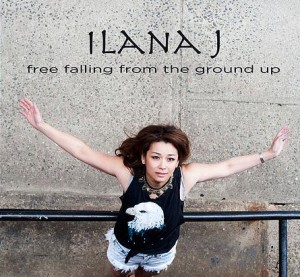 Londoner Ilana J brings us a catchy and chirpy tune in an acoustic pop vein, seemingly a Kirsty MacColl-esque acolyte with a penchant for ironic pop. The singer was a young musical protege, having turned down a place at the Royal Academy of Music at thirteen in favour of a more traditional education. Here, she educates us in how intelligent folk-pop with a twinkle in the eye should be delivered.

Learn more about her and her EP Falling From The Ground Up at ilanaj.wix.com/ilanaj

“As You Once Were” by The Winter Brave 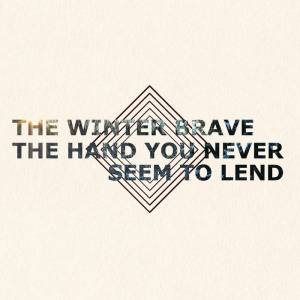 Touted during his AMA Reddit session, the seemingly omnipresent Dave Grohl name-checked Portsmouth New Hampshire’s The Winter Brave with his stamp of approval (probably a metaphorical stamp, but who knows?).  The band present listeners with a brand of hard rock that takes twists and turns, but is never complex for its own sake. These guys sound like they’re having a ball, which is always how the best in rock music comes across the most.

Their EP Hand You Never Seem To Lend is going like gangbusters right now. Learn more about it, and about The Winter Brave on Facebook. 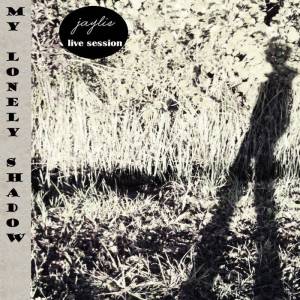 For those of you hungry for Gallic pop music (although here sung in English) comes Geneva, Switzerland’s Jaylis, who delivers this sumptuous slice of cloudy day folk rock, full of sixties French pop influence. This is the title track to her second record My Lonely Shadow, the follow up to 2013’s Precious As The Diamonds.

You can learn more about Jaylis at her site jaylis.com.

“Manic Pulse” by Delta Will

Toronto folktronica quartet Delta Will deliver this psych influenced rock song about a manic episode, a part of their tagline heralding “songs about the human condition”. Seeming to shift from rock to electronica to an organic roots feel, the music itself seems to tell the story as much as the lyrics do.  Following up their EP It All Glows, this tune is featured on their upcoming debut record.

Learn more about what their up to at deltawill.com.

“Music Box” by The Maya Spectra 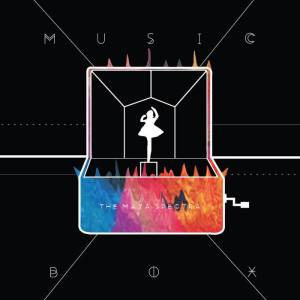 From the state of New Mexico comes The Maya Spectra, evoking nineties vintage trip-hop that would make Morcheeba envious. Lead singer Janel Blanco impresses in particular on this track as taken from the trio’s self-produced debut EP Music Box, her voice seeming to float on a sea of warm electronic currents, as well as giving hints to a jazz background out of which the whole band transitioned.

For more information about them, check out their Facebook page.

For more genre-bending and vital musical crossover, with results that are full of otherworldly atmosphere of an urban kind, Ethiopian-rooted-SoCal-raised GDNA (pronounced “Goo-Dee-Nah”) brings the goods. This is futurist electronica meets rock guitar meets R&B, taken from the EP Quadrants. This is music created unabashedly for the city, epic in scale, and down to earth all at once.

Learn more about GDNA at gdnamusic.com.

Autumn is a time for reflection. And this track should be on your soundtrack, full as it is of rich acoustic texture and late-afternoon melancholy. Bay Uno is a solo artist from Brooklyn NY, seeding the musical field and yielding a similar crop to Iron & Wine and Sufjan Stevans. This song is the title track to his album of the same name, bound together with the concept of bodies of water, and our attraction to them. 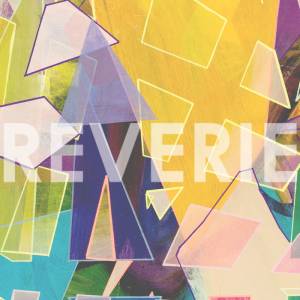 For more rainy days to come this fall, and even for those sunny ones that remind you of a summer that’s past, Toronto’s Century Thief deliver eloquent chamber pop with a hint of folk-rock that gives voice to those themes and feelings most associated with this autumnal season. This track is taken from their second release, Reverie, released this past August, and concerned with the thematic threads that tie common human experience together; relationships gone bad, and unhealthy situations we need to escape.

Learn more about the band at centurythief.com

Also from Toronto come Grounders, and their unique brand of electronic psych, with distinct notes of Broadcast, with a sort of after-hours New Order vibe. Grounders actually pull from The Velvet Underground and Oddesey & Oracle-era Zombies, drenching this track in a woozy layer of electronics as wrapped around a classic pop melody. This track comes from the recently released self-titled album.  Check out the video above, animation fans!

Get caught up with all things Grounders at groundersmusic.com.

“How Could We Get Ourselves Lost?” by Al Berkowitz 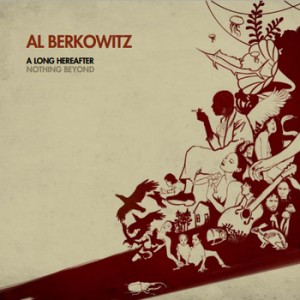 Al Berkowitz is based in Madrid, Spain, creating the kind of European chamber-folk that we all admire in the work of Kings of Convenience and Jose Gonzales. This song is decorated with warm strings and late-summer moods, all around Berkowitz’s gentle vocal and mesmerizing acoustic guitar lines. It’s taken from his second album Long Hereafter/Nothing Beyond, initially released in 2010, but recently revised this year.

Find out more at alberkowitz.com.

Fall is a time of transition, with the last rays of a hot summer cool to a more contemplative frame of mind. Tunes help with that, even if you still just want something to rock out to, or dance to, contemplation be damned!

What are your favourites from the above? What new music are you listening to now that you’d like to share with me?

Tell me all about it in the comments section below, and as always,