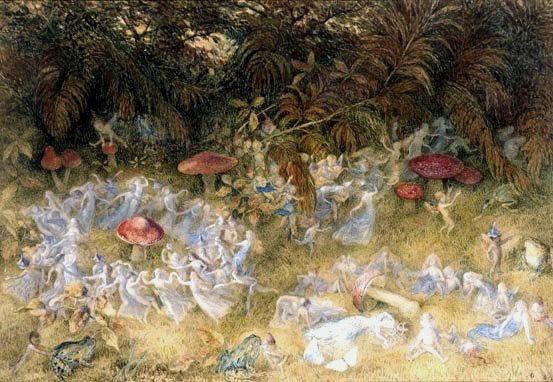 Summertime. And the livin’ is easy.

Well, I hope it is for you. If it isn’t right now, maybe all you need until things pick up are some new tunes. Well, if that sounds about right, then you’ve come to the right place. And if the livin’ really is easy for you, then – tunes. Same deal, folks!

So, as is our custom here at the ‘Bin, here are a selection of tunes from across the pop music spectrum and from around the world; something here for everyone. Dig in! 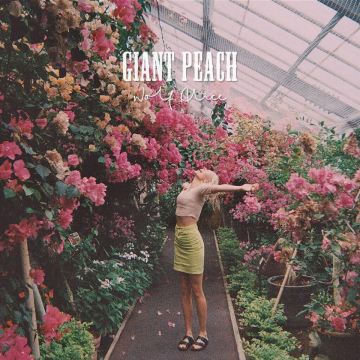 Hailing from North London, Wolf Alice pull together the wattage of classic riot grrrl vibes, with a sense of 21st century scale when it comes to arrangement. The quartet were only recently named Best Breakthrough Act  at the UK Festival awards, after having been the “most blogged about” band in the UK in 2013. Well, better late than never in this case. This tune is taken from their record My Love Is Cool released this very day in North America!

To learn more about them, hit wolfalice.co.uk 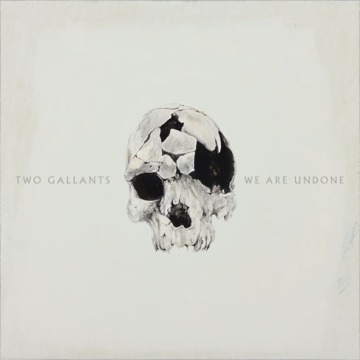 Two Gallants are Adam Stephens (singing, guitar, harmonica) and  Tyson Vogel on drums, specializing in the creation of crunchy indie rock with Jack White-like blues touches. Playing music together in the San Francisco area since they were 21-year olds in the early 2000s, this song comes from their newest and fifth full-length offering We Are Undone. This song is characterized by tuneful attack for all of its wattage, reminding us that rip-roaring rock music is far from over in the twenty-first century.

To learn more about Two Gallants, slide on over to twogallants.com.

“Strangers” by The Rebel Light 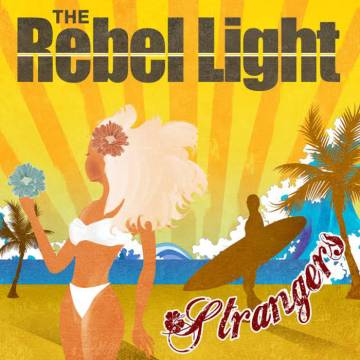 Also from the West Coast and California come The Rebel Light. Even if this band is thoroughly of the twenty-first century, the richly diverse seams of classic Californian pop music have found their way into their sound. This includes sixties sunshine pop meets hook laden indie rock. This particular track is made for summer playlists. So get it on yours, Good People!

Learn more about the band at therebellight.com.

“If Only” by Ships Have Sailed 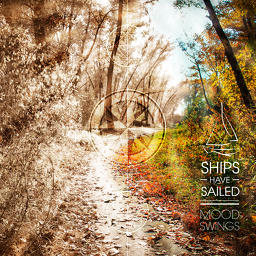 When the warm season hits, then what is more appropriate than some summery radio-friendly pop music? Ships Have Sailed specialize in just that, hailing from Los Angeles, building momentum on that very stalwart path that has been well-trodden by those journeying modern pop music pilgrims; college radio with crossover success into the mainstream, too! This song comes from their latest effort Mood Swings, an anthem of sunshiny regret to be a prescient soundtrack to your summer romance.

Learn more about the band at shipshavesailed.com.

“Paint  Me In A Corner” by Nicole Willis & The Soul Investigators 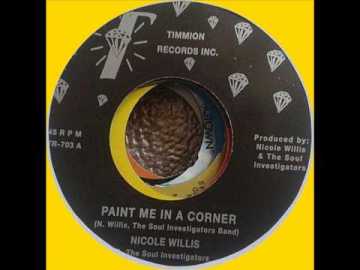 American-born, Finland-residing soul singer Nicole Willis and her Soul Investigators reinforce the idea that in this current century of ours, no music is truly considered old if it can be written, played, and recorded well. She and her band bring the old school funk-soul spirit, with vibes, brass, from-the-floor production, and slinky and refined vocals upfront in the mix to stir the soul, and other regions of our being just as well. This single will be featured on the newest record Happiness In Every Style due in October this year.

Get the latest at msnicolewillis.com.

“Our Last Shot” by Groenland 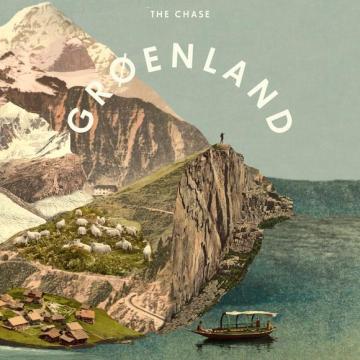 Montreal orchestral indie pop band Groenland released their first record in 2013, having since enjoyed exposure by way of TV soundtracks (The Good Wife) and ads, not to mention live appearances. While extensively touring in Europe, they continue to deliver lushly realized and textured pop music, with this song revealing some distinct R&B vocal notes bolstered by sumptuous strings and brass, all held together with an insistent piano pulse. This song is featured on the new deluxe addition of their record, The Chase. 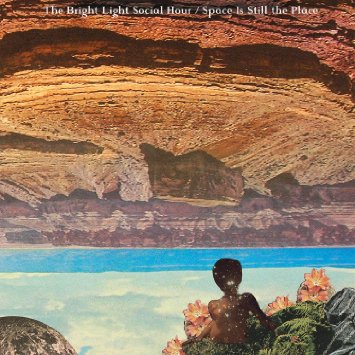 For humid days in the sun, and languorous nights on the porch, Austin Texas new-psych, indie-tronica outfit The Bright Light Social Hour has the aural medicine. This song is featured on their newest record, Space Is Still The Place, a much-anticpated follow-up to 2010’s self-titled debut. Textures here vary, from gauzy electronica, to a unique form of ambient indie rock that features a combination of shimmering synths meets echoey guitar twang.

Get up to speed on the new record and current tours at tblsh.com.

“Melt Inside The Sun” by Juleah 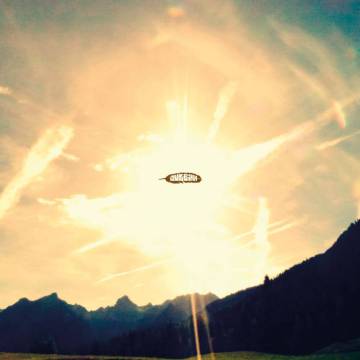 For some rootsy psychedelia to add some colour to your musical life, Austria’s Juleah (aka Julia Hummer) is your one-woman source. This is the title track to her record of the same name, described as being “what an aural kaleidoscope would sound like, with us inside, constantly circling around Juleah, in a hypnotizing motion, forever”. That sounds a bit daunting! But, for those who love a bit of lysergic languor, with (to my ears) a bit of country-folk simmering under the surface, this is the song for all of you. 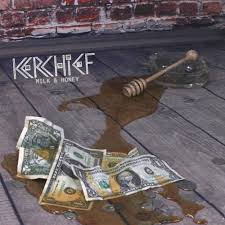 Kerchief is the working moniker for Ohio-born, Tennessee-based artist born  Brittany Hill, formerly of Vanity Theft. This is her latest single under this new banner, characterized by a woozy indie rock approach that builds upon Arcade Fire-meets-PJ Harvey notes. The song is fortified by straightforward lyrics that still leave spaces for a listener’s imagination to fill in their own gaps, and unafraid to throw some unexpected changes in direction at us musically, too. This is artful attention to detail at its best, Good People.

Learn more about Kerchief at kerchiefmusic.com. 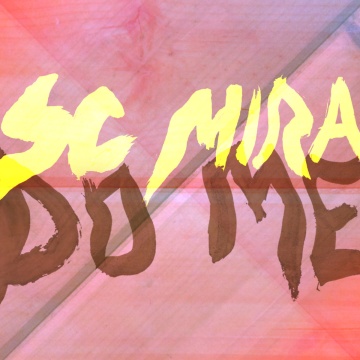 For some minor-key post-punk-pop, look no further than the Canadian Prairies with Winnipeg’s Sc Mira. This song is featured on the newly minted album Waiting Room Baby,  released this very month, and replete with modern indie rock attack mixed with classic eighties new wave diva stylings from lead vocalist Sadye Cage. The key word here is haunting, and in more ways than one. This one will get in your heads and stay there.

Find out more about the band by visiting scmira.com. 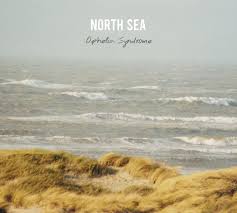 Hamilton Ontario-based Ophelia Syndrome deal in earthy folk-pop mixed with chamber pop, having done so since their days in basements and garages, and nowadays on stages. This song is taken from their latest offering North Sea, produced with fellow Hamilton music scensters Dan Rodrigues and Kori Pop that frames their penchant for straight forward love-gone-wrong songs delivered in a cathartic and organic way that local audiences have come to expect from their live performances.  This song is certainly an example of one of those songs of lost love, full of longing and resignation, and perfect for lonely summer nights that are more wistful than truly sad – like the music itself.

Learn more about the band at opheliasyndrome.com. 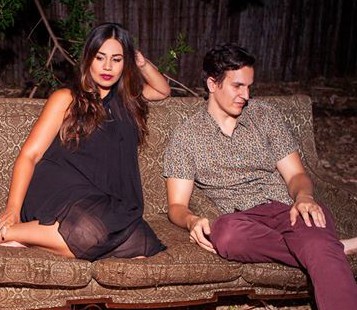 Crossing the globe to Perth in Western Australia, we find Japanese Tongue Sisters who mix jazzy soft rock ‘n’ soul feel with a dash of chamber pop on this debut single. The band is the result of a collaboration between members Sophie Rodgers and Tom Cecins, performing often as a duo, but also with a full ensemble to help them deliver the scope of their ambitious songwriting. They recently played Canadian Music Week this past May, adding some Aussie flavouring to the proceedings, but offering music that is ready for the world stage.

Pinpoint their next move on the Japanese Tongue Sisters Facebook page. 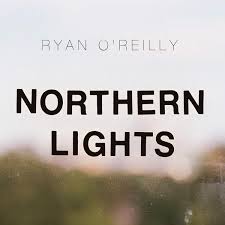 British songwriter Ryan O’Reilly delivers this single that reflects his easy hand at contemplative pop music. Having had a guitar thrust into his hands by his father at an early age, his journey as a musician has certainly evolved with this song and its accompanying and evocative video. With a band who are eager to play, yet with members who live on opposite shores of the Atlantic, O’Reilly had been camped in Hamilton Ontario in March, with plans to complete the recording of his first EP named after this very track. That was accomplished this past spring. With that done, the drive to play the new songs in front of people is the next big thing for them.

You can learn more about the record, and the band at ryanoreilly.uk. 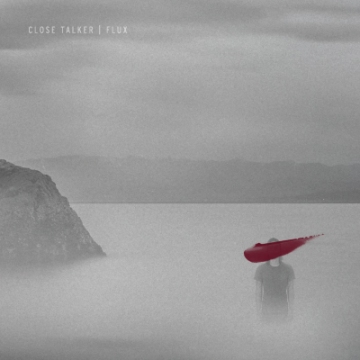 For fans of moody and expansive art rock that holds a bit of a Wincing The Night Away-era Shins in its DNA, let’s talk about Close Talker. Hailing from Saskatoon, Saskatchewan, this single is evocative of open spaces for which that region is known, although here those endless praries and big sky also shimmer with reverb, with an empassioned delivery that lifts it up and beyond any one sound or scene. The song is featured on the band’s recent sophomore release, Flux, for which they toured the UK and Europe in the spring.

For more news, all you have to do is visit closetalker.ca.

“Falling Apart” by Most People” 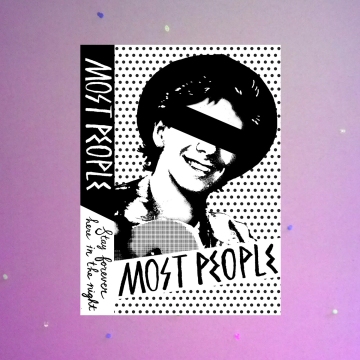 Toronto’s Most People trade on a sort of “Smiths on synths” sound, that take in that eighties post-new wave tip of Haçienda dance rock, and adds an upbeat twenty-first century take on it that will still get you dancing. This song showcases the duo’s understanding that the best pop music should be fun as well as innovative. That theory is put into practice here on this song, filled as it is to the brim with ebullient synths, tight vocal harmonies, and layers of sound that can be appreciated separately and as parts of a whole in equal measures.

Find out more about the band at the Most People Facebook page. 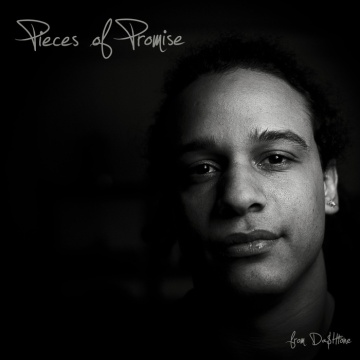 As a kind of benediction to our list here for your June tunes list comes Chicago hip hop with a touch-of-jazz nine-piece ensemble Da$Htone. Let all those who say there aren’t enough empowering anthems anymore be fully satisfied with this one, complete with pristine harp, crisp beats, and layered and ambiently textured R&B vocals meets downtempo raps. This track pulls no punches with that never let ’em tell you who the fuck you be musical refrain that is also a way of life for those not buying what consumer culture is selling. The song is featured on the Pieces of Promise album.

For more information, check out dashtone.com.

Summer is a time for tunes! Let these ones be played from open windows and car stereos across the land!

Which ones are your favourites, Good People?

Tell me all about it in the comments section!