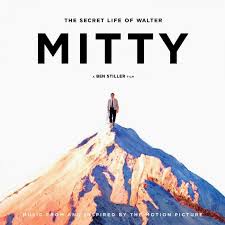 Listen to this track by Gothenburg Sweden singer-songwriter and sublime soundtrack contributor José Gonzáles. It’s “Stay Alive” a song as featured in the 2013 film based on James Thurber’s story The Secret Life Of Walter Mitty. The song appears on the soundtrack album as well, along with two other Gonzáles contributions.

At points, the film is set in Greenland, Iceland, and the Lower Himalayas as its main character, who is prone to daydreaming, lives out a fantasy in real life as he chases a photojournalist for a missing negative of an image meant to be the cover for the last issue of Life magazine. See the film, it’s good. But, for our purposes here, Gonzáles’ song sets a scene of desolate beauty, seeming to evoke the big questions of life; identity, meaning, and the sense of purpose that comes out of both of those.

Even without a cinematic narrative to frame it, the song itself evokes those very things on its own.

Perhaps the understated gravity to be found in Gonzáles’ music can be traced to his Swedish upbringing, matched to his Argentine roots. He is the child of fleeing immigrants, his parents having escaped Argentina’s Dirty War when Gonzáles was an infant. In this, perhaps he saw less of a divide when it came to cultures, and therefore to musical genres, too. Or maybe he was simply defiant of those cultural divides. As a young musician, he explored various musical forms including early Bob Marley & The Wailers fandom and Black Flag-inspired hardcore bands in which he served as bassist.

Gonzáles eventually found his sound as a singer-songwriter, settling  into a classically inspired folk sound, with his acoustic guitar played using his fingernails and no plectrum, Nick Drake style. His music is spare, windswept, and evocatively life-affirming. There is a certain sense of world-weariness to be found in this song in particular, although with a generous helping of wintry beauty this is perhaps expected from the region of the world in which it’s made. Along with all of that is a keen sense of perspective on that aforementioned world-weariness, and with something meaningful to say in the light of it.

This song is about struggle against all kinds of forces that keep us where we are, sometimes coming from within us. That’s perhaps why it was thought to be so well suited to the subject matter of the movie; a story about a man who must cut loose from the limitations he’s placed on himself. Ultimately the song is empowering and optimistic, without being cloying. That’s why it work so well outside of that cinematic context as well as in it, meant to reflect and be respectful of the struggles in our own lives as much as it is for the hero of the film. This song is about transformation. and about being willing to be transformed.

In this, there is more to what it means to stay alive than simply living. It also means being aware of what’s coming, and to be prepared to become when the time comes to do so. Because, as the cliché dictates, the only thing to count on in life is change.

José Gonzales is an active musician today. You can learn more about him and his newest album Vestiges & Claws at jose-gonzalez.com.