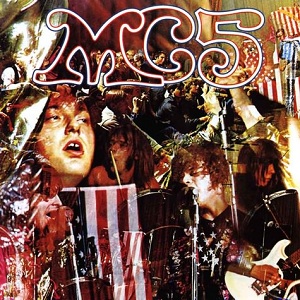 Listen to this track by Detroit proto-punk progenitors MC5. It’s “The Motor City’s Burning”, a song that appears on their 1969 album Kick Out The Jams. The song was written by Al Smith, and previously recorded by no less than John Lee Hooker, making an appearance on Hooker’s Urban Blues live album in 1967.

That was the year that the riots which inspired this song occurred, in July and indeed at the corner of Clairmont and 12th street in Detroit. Given that both Hooker and The MC5 called Detroit home, this was more than just a blues tune full of violence and sadness, which it certainly is. It’s not even a protest song as such. It’s more like simple a view of the action, with no sides taken, but with a personal stake in the outcome all the same.

What is that personal stake? Well, it’s all tied up in the value of home, and from a band who are not only from Detroit, but who had attached their identity to it.

If an argument can be made for environment shaping the way a band sounds, then surely MC5 would be exhibit A. Originating in the Motor City which accounts for the “MC” in their name, the band built a sound based on the rudiments of the blues, and sheer wattage of rock music as it was developing in the second half of the 1960s. Detroit had always seen a disproportionate amount of civil strife even before the July of 1967 riot, which would turn out to be one of the most destructive in American history. The tough bluntness of the music made there in Detroit tended to reflect it down through the decades, with The Stooges (from nearby Ann Arbor), The White Stripes, The Dirtbombs, and Eminem all being examples of direct, stripped back, and even violent music. Even “Motown” pop soul which is known to be refined and without any rough edges was influenced by the factory style mass production principles which originated in Detroit.

The city could be looked upon as the cradle of what became known as the American Dream. It was built around industry, the automobile industry being one, but also any products which would become mass produced during a time when the United States had a healthy manufacturing sector. This meant good paying jobs in factories with a solid reliable wage; Henry Ford enacted the $5 day in 1914 to keep his workforce stable, and cost on cars low as a result of lessening turnover. A worker could have steady work as demand for automobiles rose, and could get ahead with a house, and with the ability to purchase a car of his own. This attracted migration of those in the rural industries in the south and increased racial tensions too between black and white, not cognisant of the fact that they were all in the same economic boat. By 1943, a race riot broke out that lasted three days.

But that riot was just a harbinger for the one in 1967 which this song documents that was one that lasted for five days, sparked by the same racial tensions that had begun in the city decades before. This riot in July referenced in “The Motor City’s Burning” is looked upon as being a key factor in what is now called The White Flight, when white middle class families moved out of the city en masse into the suburbs, leaving the downtown area to disenfranchised black communities. This sudden demographic shift seriously undercut the tax base and municipal infrastructure of the city as a whole, with those ill-effects still being felt to this day. This was the environment out of which MC5 sprang, playing blues-derived music as white men in what would become one of the most segregated northern cities in the United States.

It’s no wonder that MC5’s take on this song is ragged and raging, full of desperation and disgust. Yet, their very formation as a band seemed to be a force that stood against a version of the city in which black people and white people were meant to live apart, and be in conflict. The performance and recording of this song, also performed by John Lee Hooker, was a subtle reminder that Detroiters, no matter what their colour, were in it together whether in the city or in the suburbs. The Motor City was everyone’s home. And it was burning. That was certainly cause for anger, and for putting something out there in song to represent it.

The anger and vitriol found here would be one of the reasons that MC5 would come to be associated with the first murmurings of American hardcore, along with the wattage with which they’re also associated of course. But, in this song, the anger is only one facet of what’s here. To me, its a lamenting sadness and sense of disappointment which lingers after the initial bitter anger in this version of the song is delivered. With this song, the band had something to say about where they were living and what was happening to it, tempted to give in and do some of the burning themselves out of the sheer frustration that comes out of feeling helpless. But the act of playing this song made that possibility less, knowing that speaking out in song is one strike against that sense of helplessness that seems so all-consuming. That’s what “kick out the jams, motherfuckers!”, the opening statement on the album, had always meant.

MC5 were a revelation when they began, full of rage and political fire. Their life as a band was short, lasting in their original form only into the early 1970s. Yet their example on this song, and particularly on their first album, is still being used as a touchstone today.

For more information about MC5, go to MC5.org.

To learn more about Detroit and how things are there in the present day, I heartily recommend Detroit: An American Autopsy, by Charlie Le Duff.