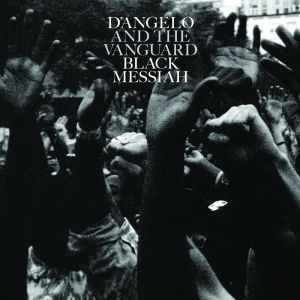 Listen to this track by returning neo-soul new hope and R&B auteur D’Angelo, also crediting the band who appear on the record, The Vanguard. It’s “Really Love”, a single as taken from 2014’s Black Messiah. The record was certainly a long time coming, following up 2000’s critically-acclaimed Voodoo.

The song is a reflection of the rest of the album in that it is a densely layered work that seems to draw together multiple threads of musical tradition, from jazz to soul, funk and rock music. It’s marked by the influentces of Parliament Funkadelic, Prince, Riot-era Sly & the Family Stone, and What’s Going On-era Marvin Gaye, all while avoiding crude imitation at the same time.

“Densely layered” seems to be the sonic manifesto that drove the making of the album, which may explain why it took so long to create. Apart from songwriter and singer D’Angelo, the record is replete with contributions from Questlove of The Roots, solo artist and former Tribe Called Quest founder Q-Tip, and legendary sessioners Pino Pallidino on bass and drummer James Gadson. Work on the album stretched from 2000 and into the end of last year. That’s a long gestation period that even Axl Rose would be proud of! Yet, even though the record took a long time to craft, it’s release date was rushed at the end for reasons of social significance, and not necessarily for capturing a commercial wave.

Between Voodoo and this new record, a lot had changed for D’Angelo. He had decided to shed his sex symbol image, which he had never been comfortable with. He decided to create a magnum opus instead, which is this album, garnering the kind of reviews that seems to indicate that he’s accomplished what he set out to do. He struggled with substance abuse and brushes with the law as he made the journey, too. And what a journey it was, drawing together all of the skill he had to create a record that seems to be the culmination of many forms of musical expression and across many eras of American musical history seemingly all at once.

This song “Really Love” is a sublime and impressionist neo-soul concoction, full of warm upright bass undercurrents, a smattering of richly arranged strings, snippets of spoken word, flamenco-style guitar, and D’Angelo’s densely (that word again) multitracked vocals that play with the threads of a melody and of words rather than outline them in sharp relief. Somehow too, despite the density that’s gone into the production, there is still a sense of airiness, of space. This song on this album provides a sense of balance, as other tracks pull the listener further in to its center where there is far less space, where those same stylistic textures represent colors, tones, and textures that makes this one of those albums that delivers rewards on repeated listens as well as initial ones. This is too big a landscape to explore all at once. No wonder it took so long to create.

For all of the meticulous attention to detail that went into the making of the record, and the personal upheavals he went through while realizing it, it was the external political climate that made D’Angelo affect a shorter timeline as far as the release. Originally, it was intended to be launched in 2015. But, it was pushed out in December of 2014 as the Ferguson riots and the murder of Eric Garner were inflaming public discourse about institutionalized racism, the worth of black lives, and the nature of black identity in a culture that doesn’t always welcome it. Several of the songs touch on political themes like this, albeit often in an impressionistic, and experimental space. But, often not as well.

Yet, even if it was current events that sparked the expedient release of this long-awaited record, the sad fact is that these issues seem to be the same as they’ve been for decades. They are at least as current as the many strains of classic American music referenced on this song, and on the rest of the album. Even if the release of this record, or any record, doesn’t solve the problems that those specific events of 2014 have made more visible for so many, what it does do is frame the artistry of those coming out of various black communities all over the United States, where lives seem so cheap and insignificant to so many who hold positions of power. In many instances, songs on the record evoke soundbites that communicate an important sense of rage around all of this, designed to help continue vital conversations happening in disenfranchised black communities all over the nation.

In addition to the social discontent reflected in the lyrics on many songs on the record, even the musical references on “Really Love”, a radio-friendly love song rooted in classic traditions, remind us that some of the greatest artists and cultural icons America has ever produced, many of whom can be thanked for a rich global cultural legacy that we all enjoy, would be subject to the same suspicion, discrimination, and violence that Michael Brown and Eric Garner were subject to, were they caught in the wrong place at the wrong time in America today.

That is a sobering thought. Beneath the surface of how we feel we may have come, we have further to go than we’d like to believe.

You can learn more about D’Angelo’s journey with the creation of this new song and album, including some of the musical ingredients that inspired it right here.

And if there is any doubt about the magnum opus-ness of this release, take a look at the reviews on Metacritic to see what some popular publications are saying about it.

Thanks very much to Sony Canada for sending along a download of the album.