It’s that time of year again when you’re desperately trying not to hear all of those same holiday favourites as you navigate your way through the malls and main streets in search of the last minute items to check off of your list. Yet, sometimes those songs really are your favourites.

So, with that in mind, here are 10 versions of some of those Christmas songs and some new ones you’ve might never have heard,  from acts you know (and maybe some you don’t!) that can make your days both merry and bright. Here they are!

Yuletide greetings from Japan! Not sure where the “space” part comes in, of course. But, it makes for a better title, so that’s what counts. Merry! Happy!

2. Thanks For Christmas – Three Wise Men (who are they kidding? it’s XTC)

Not content with one pseudonym band here as the Three Wise Men ( and Dukes of Stratosphear being the other of course), XTC follow in the footsteps of Brian Wilson as always, the man who once asserted that “Christmas comes this time each year”. Thanks, indeed!

He is comin’ you know. The Boss says so.

What’s the key to a great Christmas according to Mr. Berry? Well if he’s being honest, for him it’s probably a briefcase full of cash. But, a hi-fi (or any other way to deliver the tunes!) might do for the rest of us, as this song suggests.

Everything But The Girl frontwoman and multi-genre vocalist Tracey Thorn is also a songwriter of great depth – and a Christmas music fan, too! Here’s the opener from this year’s Tinsel and Lights album, which has a yultide theme. On it, she covers Christmas songs by some of her contemporaries (Ron Sexsmith, Jack White, Stephin Merritt). But, this one is an original.

6. Christmas At The Airport – Nick Lowe

Some people aren’t dreaming of a white Christmas so much as dreading one, traveling from city to city. Here’s a song taken from Basher’s Christmas album Quality Street . It’s a theme just for the Christmas traveler, a yuletide tale of being stuck at the damn airport, complete with an animated video. Don’t let it happen to you!

7. I Was Thinking I Could Clean Up For Christmas – Aimee Mann

Christmas is as good a time as any to make a new start. For those of you doing just that, I raise a glass of unleaded egg nog to you!

Soul-boy and snappy dresser Hawthorne is also a Christmas fan. Who knew? Sit by your sad little tree with a beagle at your feet with this song taken originally from A Charlie Brown Christmas.

Speaking of soul, here’s Brook Benton with a tale of our favourite red-suited Christmas figurehead, but this time he’s got kinky hair instead of red, rosy cheeks. Christmas time is a great time to think about inclusivity, y’all!  Are you listening, Megyn? 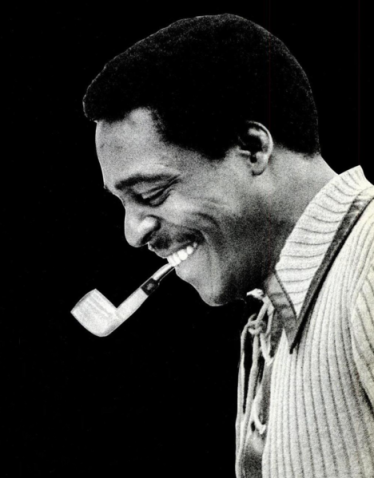 Another year over, and (soon) a new one to begin. Until then, here’s John Lennon’s anti-war Christmas card as performed by three formidable talents, plus Stephen Colbert! Here’s to a great holiday season, and to kicking war to the curb while we’re all at it!

Happy Christmas, ‘Binners! The Delete Bin will return in January! Enjoy, and see you in 2014!