Listen to this track by singer-songwriter and musical-family bred chanteuse Martha Wainwright. It’s “Proserpina”, the last song written by her singer-songwriter mother, Kate McGarrigle in the year that Martha became a mother herself. 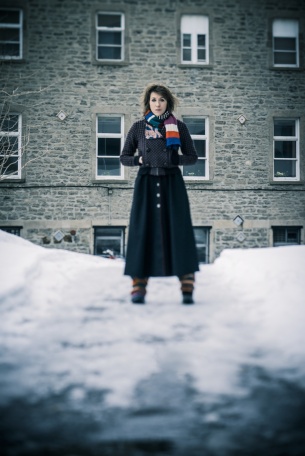 Martha Wainwright has an established musical pedigree. She’s a part of a celebrated musical family which includes brother and singer-songwriter Rufus Wainwright, and mother Kate McGarrigle of Kate & Anna McGarrigle fame. Anna is her aunt, of course. And her father, and singer-songwriter Loudon Wainwright III, who had split with Kate when Martha was an infant, had been touted as one of the many so-called New Dylan figures to emerge in the 1970s.

Come Home To Mama is a tribute to these generational roots, in particular with regard to her mother. Kate McGarrigle passed away in 2010, not before writing a stunning song “Proserpina”, which Martha covers on this new record. The song serves as a single, and as a reminder of the connection between strong women who happen to be mother and daughter.

At practically the same time as she lost Kate, Wainwright became a mother herself. You might be able to guess where the fuel to write the songs may have come from.  So how does this song relate to the role of motherhood, not just on a personal level for Martha Wainwright, but in general?

This song, and the rest of the record, was recorded in New York City at Sean Lennon’s home studio. Yuka Honda of  Cibo Matto served as producer, giving the record a sort of spare pop feel that in places isn’t afraid to push the groove to the front. Guitarist Nels Cline, most recently of Wilco, and Honda’s husband, was on hand as well.  “Propserpina” is something of a stand-out; a contemplative song with a greek-chorus-meets-the-choir feel. It communicates the most personal of connections to Martha Wainwright, even if she didn’t write this song. If you’re familiar with her work, that’s saying something.

Thematically on the whole, Come Home To Mama, touches on the role of motherhood on several fronts. First,  because Wainwright lost her mother, it represents a tribute to a parent who is sorely missed. And second, that she became a mother herself almost at the same time, suddenly finding herself taking up her mother’s mantle for her own child. As a songwriter taking an approach that is deeply autobiographical, the theme of what a parent is, and what it means in the life of a child must have been quite a creative gravitational pull to explore.

And there’s even another layer to be had here on this song specifically; this is the last song as written by her mother, an artist of great depth in her own right.  This adds even more dimension to the idea of an inherited mantle, giving life to a song in her mother’s stead.

“Proserpina” makes reference to a life-death-rebirth cycle in Greco-Roman mythology. So, there is another layer still – that our ideas of motherhood haven’t really changed all that much, with stories of its power that still resonate when repositioned in contemporary contexts. Across the eras, the role of motherhood is a constantly shifting; from woman to child, from child to woman, and to child again. This makes the song more than just a means to mourn a lost parent. It touches on the myths about motherhood that remind us of its power in our lives.

To catch up to Martha on the road, take a look at the tour schedule at Marthawainwright.com.

Also, join other Martha fans at the Martha Wainwright Facebook page. She is an active member of that community, and reads posts. And if you’ve been checking out her posts,  you’ll discover that she’s about to be a Mum yet again (congratulations, Martha!).

Thanks to Maple Music Recordings for use of photos, and for a download of Come Home To Mama.