Listen to this track by singer-songwriter-satirist with a jaundiced eye Warren Zevon. It’s “Werewolves of London”, his biggest hit off of his best-selling record to date, Excitable Boy from 1978.  The song was written with sought-after session guitarist Waddy Wachtel, with the record (and the rest of the album) produced by fellow singer-songwriter Jackson Browne.

Like Browne, Zevon was on the scene in Los Angeles by the 1970s, moving in some of the same circles. But, unlike Browne, Zevon’s impact on the mainstream charts was not quite as ubiquitous, that is until this song helped him to move up in stature with a top 40 hit. But, despite having a hit, the song still reflects Zevon’s approach, that being slightly bent and left of center, with a broad streak of dark humour.  His work has a satirical edge, certainly on display on songs like “Roland the Headless Thompson Gunner” and “Lawyers, Guns and Money”, also appearing on this same record.

So, what about this song which evokes the classic 1941 The Wolf Man, starring Lon Chaney, Jr. (actually namechecked in this song!) while also being something of a comment on characters that are perhaps more contemporary?

What this song relies on is a sense of whimsy held perfectly in balance with a sense of dread. The central character in this song is slightly ridiculous, but also legitimately dangerous, too. The balance which seems so seamless when you hear it now took some time to strike. A big part of this was down to creating that distinctive, interlocked groove, and choosing the musicians and their respective takes carefully in order to achieve it.

Many combinations of bass players and drummers were tried before they got it. Eventually, it was Wachtel on guitar, Mick Fleetwood on drums, John McVie on bass (both guys actually from London!), and Zevon himself on piano that did the trick  – although it took 59 takes  with this line-up before a final take was chosen – take two! 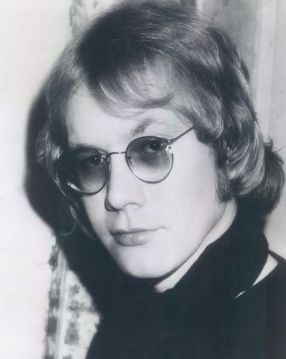 But, once the music was laid down, the “story” described here comes off as a sort of cartoonish Victorian horror tale that quite possibly stands more as a comment on the era in which the song was created; 1970s snowblind LA, and the kinds of characters Zevon and his co-writers had most likely come across in their travels during those jaded post-60s times. Both Lon Chaneys are mentioned (jr and snr), both being specialists at wearing many faces in the movies in which they appeared; the perfect figures to describe the social landscape of coke-addled Los Angeles, then.

The chancers, the charlatans, the opportunists, the social predators, and even the cream of the social crop and the lengths they would go to in order to get ahead are almost an afterthought to the way they look; “I’d like to meet his tailor” and “his hair was perfect”, indeed.

But, perhaps this song, that evidently took only twenty minutes to write, was that easily written because it’s also about the people who wrote it, too.

Even though Zevon would go on to make high-quality records after this song had its success, this would be his sole top 40 showing. The song would be greatly admired, appearing in many a film soundtrack (The Color Of Money being one notable one), and misused by Kid Rock. But, impact is impact.

Warren Zevon died in 2003. But, you can learn more about him and his work by reading this article about Warren Zevon from the Guardian which among other more personal details talks about Zevon’s unique literary approach to the business of songwriting.