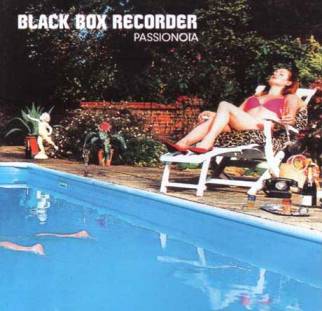 Listen to this track by British ironicists and synth-pop fans from way back, Black Box Recorder. It’s “Andrew Ridgeley”, a paean to an ’80s icon and to an era too as taken from the band’s 2003 record Passionoia. For those of us who also were brought up to the sound of the synthesizer, and who learned to dance to the beat of electronic drums, this is an instant connection. The wrench in the works is the object of affection at the center of this song, possibly.

That’s what this band was always good at – undermining expectations, and making you wonder where they’re coming from. Is Andrew Ridgeley cooler than we thought? Is this a song coming from a sincere place? Is it just an exercise in subversion for the sake of it? Is it as black and white as all that? And is there more here than the lyrics may be telling us?

Well, of course. This is Black Box Recorder.

So, what is this song trying to say exactly? Well among other things, I think it’s a song about growing up.

When you’re a kid, the pop music you listen to isn’t just notes, and rhythms, and lyrics. I suppose it’s not that for anyone, ultimately. But, by the time you get older, you have a feel for the technical side of things, and you see how nutty some of the lyrics of the songs you once loved actually are. You gain awareness, for better or worse. Some of the mystery is lost.

When you’re a kid, music is still completely mysterious – it’s like magic. You don’t know where it comes from, you don’t understand all of the references in the lyrics or their implications. You love it on an instinctive, visceral level. And most of all, the people who make the music are like alien life forms, or even gods. You can’t imagine them shopping, or visiting their parents, or edging their cars into traffic like “real human being”.

That’s what this song touches on; that mysterious feeling of being confronted by pop music when you’re a kid, and then reflecting on the experience as you remember it when you’re older, exposed by then to the grimmer realities of life. The only thing that makes this song ironic is that it’s presented in the context of that latter point of view, when the spell is broken. It’s the contrast that does it. But, that doesn’t make it less poignant.

But, in it’s way, this is a wistful song that is all about loss. It’s not a tragic sense of loss so much as it is a natural one, trading the illusions and innocence of childhood for the realities and experience of adulthood.

Black Box Recorder split in 2010. But, you can follow the activities of members Sarah Nixey, Luke Haines, and John Moore at their respective sites.