Listen to this track by solo Japan founder and pop music envelope pusher David Sylvian. It’s “Let The Happiness In”, a single from his 1987 album Secrets of the Beehive. The record scored a top forty showing on the British charts that year. 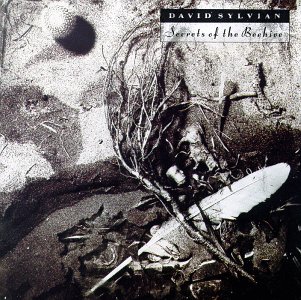 Sylvian joined on this track by renowned trumpeter Mark Isham who helps to give the song its Miles Davis-style vibe, and by Sylvian’s long-standing musical cohort by this time, Ryuichi Sakamoto who plays synths, and is responsible for the low-brass arrangement that helps set the scene so well.

This is one of those songs that sets a sombre mood, but is ultimately hopeful. A part of the sombreness may be down to Sylvian’s voice, never an instrument completely without shades of grey. Even the scene is somewhat melancholic; a lone figure by the seaside, and on the cusp of deciding what kind of day it’s going to be.

I think too that this song is ultimately speaking to an important aspect of the human condition, too.

Like the Japan hit single “Ghosts”, this song isn’t hook-oriented. It’s  mostly about atmosphere, and emotional subtext. It’s about struggling with an internal force, maybe depression, that makes the world seem like an agonizing place to be in. This song is a snapshot of a scene where the escape to happiness or complete bondage to darkness is inevitable.

The question is which force will dominate, although the “it’s coming, it’s coming on” is perhaps a good sign for the narrator taking in the details of a wintry seaside scene. It’s ultimately a song of hope, even as it acknowledges the existence of agony.

Underpinning all of this is instrumentation and arrangement that steps out of the way of Sylvian’s narrative, but also embellishes it. Isham’s muted trumpet is like the distant call of the gulls found in the lyrics. Sakamoto’s low-brass is reminiscent of ship’s horns, that help to establish the dockside scene.

Each element plays a part. It’s this kind of economy and restraint that Sylvian has always been good at utilizing, even when working in an era when excess and overproduction were traps that many of his peers were falling into.

David Sylvian’s work also shows his understanding of the balance between musical temperatures, matching cold and distant electronic texture with warm and inviting acoustic instrumentation. His feel for subtlety and contrasting texture, plus his skill for choosing personnel who are the best in their respective fields, is very well demonstrated here.

Sometimes Sylvian’s stuff tends to come across as self-consciously arty, and a bit too ethereal for many. But, this is one of the most grounded, down to earth songs in his catalog. This track is all about the human experience as captured in a single moment. It’s about struggle, and the will to keep on living even in the face of pain. It’s about being open to being transformed.

Sylvian would continue to collaborate with Ryuichi Sakamoto, of course. But, other collaborations with Holger Czukay, Robert Fripp, and even his former bandmates in Japan under the name Rain Tree Crow for a one-off album would follow.

He’s an active musician today. Investigate Davidsylvian.com to learn more about him and his work.

3 thoughts on “David Sylvian Sings “Let The Happiness In””