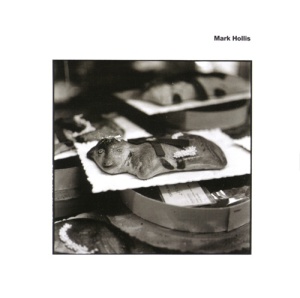 Listen to this track by former Talk Talk creative honcho and minimalist composer Mark Hollis. It’s “A Life (1895-1915)”, what he considered to be the centerpiece of his only solo album, Mark Hollis. The record was released in 1998 without much fanfare, since its author asserted that “fanfare” of any kind didn’t really match with the material on the record. That meant no gigs. It would be an entity of the studio only, a one-shot deal.

The approach wasn’t exactly out of the ordinary for Hollis, who wasn’t your standard frontman in a not-your-standard band in Talk Talk. One-off records by former frontmen are often associated with contractual obligation, particularly when there’s no follow-up. But here, there is a definite sense of artistic continuity. Like his work under the Talk Talk creative umbrella, the use of space plays a pretty big role on his solo record and in this piece. And to Hollis’ point, it would be hard to really take this music in while in a live setting. Imagine how many intrusive conversations, clinking glasses, and inebriated guffawing it would have to cut through.

Another aspect of this is the sources where this material is derived. To my ears, the first one that leaps to mind is late ’50s Gil Evans. Minimalist composition in a classical context also seems to be the general sonic neighbourhood here. But, despite my feeling that it’s hard to attach the word “song” to this piece of music, it really is one. But, what is it about?

The period stipulated between the years 1895 and 1915 is a lifetime of sorts, if a short one. It certainly evokes the generation that saw action in what was called The Great War, many of them not seeing the end of it. It also evokes the last days of the British Empire as it was known up until that point, with the cost of maintaining colonies beginning to show the cracks more than at the height of the Victorian age. These were the last years when the arc had reached its pinnacle, and things would only descend from there where the Empire was concerned.

But, here it’s boiled down to its basics in the song’s lyrics, much like the music around it. The approach here seems to suggest that the music is just as important as the lyrics are in any case. Each note seems to set an emotional tone; clarinet, double bass, a smattering of percussion, and of course the sound of Hollis’ voice. So, it’s the emotional content that is really the main focus, not any sense of melody, or story. And it requires listener participation to get the full effect. With this song, you have to dig a bit.

This was Hollis’ final musical statement as a solo artist. He would guest on other records, but would otherwise retire from the music business entirely. What has he been up to during that time? He’s been a dad. But, his music continues to be discussed, within Talk Talk and without, mainly in terms of its braveness, and its emotional impact.