Summer is nearly upon us! And so, summer tunes are required. There have been a lot of requests from cool bands from all over to get their songs included here on this here pop music blog. It’s a huge honour to be asked! 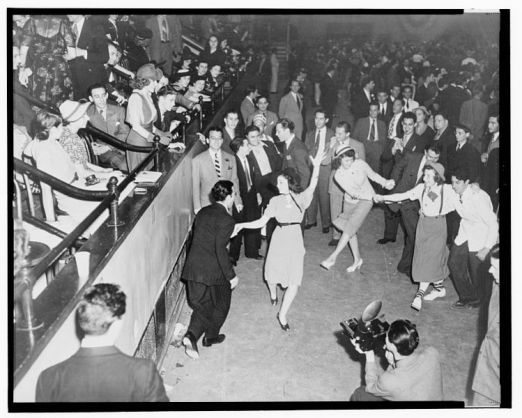 In the spirit of the oncoming summer season, I thought I’d present a digest of tunes from a few acts who’ve turned my head in the last few months. So here are some highlights for the Delete Bin’s June Tunes 2013!

Usually, I try and make lists of 10. But, I’ve kicked that format to the curb this time around. I just couldn’t say no to any of these. So, there’s 14 big tunes to savour, good people! It’s like a ready-made summer compilation album!

What do you think ?

“Splash In The Sun” by Jonny Debt

Rootsy call-and-response rock music just in time for the summer, kids. This is a song that captures that loose-but-tight rock ‘n’ roll feel that many reach for, but few attain. The secret? Don’t listen to the playbacks when you’re recording, apparently. It worked out. Jonny Debt hails from Ontario’s Golden Horseshoe region, name-checking the Hamilton music scenein this song, and calling the record The Prince of The Golden Horseshoe. Sweet as tea. For more, check out Jonny Debt on Facebook.

“Onion” by The Lawsuits

This band from Philadelphia kicks the dust off of your standard Americana, gives it a paint job, and then tears up main street to disturb the locals – musically speaking, of course. Originally, they asked me my opinion on the video for this other song of theirs on which they rhyme, successfully, “tornado” with “tomorrow”. Nicely done. So, you should watch it and then tell me what YOU think of it. I love it, myself.

A song about unrequited love and lost limbs from a band in Brooklyn, NY who play a hybrid of traditional calypso and pure pop hooks. Mkay? What are you waiting for, music fans? The song comes from the group’s April-released EP Meet the Mysterious Swaai Boys. It doesn’t get much more summery than this, good people. Cha-cha-cha.

The song appears on the band’s album Pizza Face, made by three brothers who’s dad was an Italian pop singer and having some old tube equipment hanging around from the 70s. The result: swooshy electronics meets lo-fi acoustic guitar, and hooks, hooks, hooks. Chocolate Robots hail from Sarnia, Ontario,working in the aforementioned Dad’s pizzeria. After an initial mix of the record that “sounded like Michael Bolton”, a revamp after working with Arcade Fire producer Mark Lawson, and Devendra Banhart producer Thom Monahan, it was appropriately de-Boltonized. Thankfully. You can keep up with this band by liking Chocolate Robots on Facebook.

“Things Are Looking Up Again” by Weekend Riot Club

Radio-ready guitar pop that pulls from a sound that is kind of like Serena Ryder fronting the Cars with the best possible results. File under: why isn’t this all over the radio? Weekend Riot Club are from Toronto, and fronted by Melissa Marchese, the owner of the stupendous pipes you’re hearing. The song is taken from their record Psychotropia. Learn more about this band at the Weekend Riot Club official site.

“She’s No Lady” by Tingle in the Netherlands

This is ’80s synth-pop made in the 21st century complete with gender-bending lyrical themes from Manchester UK duo Tingle in the Netherlands. Dude, indeed, looks like a lady. So, when dancing with her this summer, make sure you’re cool with the rules of engagement first. The band consists of Helen T. and Owen J. Helen handles the lyrics, and Owen the synths, generally speaking, pulling from various sources like Soft Cell and Ladytron, sure, but, also from Liaisons Dangereuses, Tuxedomoon, Danielle Dax and YMO. The song can be found on the band’s February release Why Can’t You Write Something Nice For a Change?

“My Own” by Morgan Manifacier

Bay Area singer-songwriter Morgan Manifacier evokes a sort of dreamy, Brian Wilsonesque vibe here on a track as taken from this record Hues and Calm. “My Own” is an homage to one’s culture and origin, composed while its author “had his feet in the water, and his head in the mountains” while the Mediterranean island of Corsica. You can also hear Morgan Manifacier’s newest single “Cold Countries”. So, since you can, you probably should, right?

“Emerald City” by Half Light

If gauzy, impressionistic dream pop in the vein of Mazzy Star is your idea of summer music, then look no further then Seattle’s Half Light. This is summer music like a sunny sky that’s streaked with storm clouds. The song appears on the band’s full-length Things To Figure Out. And if you’re into a more visual experience, here’s the band’s video for another song of theirs, “Mesa” which is also found on the album.

“Dear Heart” by The Number Line

Toronto electronic dance collective the Number Line infuse’80s and ’90s club music with a dash of Roxy-style glam. So, if you’re looking for anthems by which to get down this summer, this may be the band for you. The song is taken from their cleverly titled EP, ep01. To keep up, check out The Number Line on Facebook.

Classic prog-rock in the spirit of Steve Hackett-era Genesis, complete with a monster who’d give the Giant Hogweed a run for its money. To further obfuscate things (obfuscate: good prog word), this song has been described  as “about being attacked by ravenous church steeples”. Gotta watch those church steeples, man. Tom Slatter is a composer, performer, and teacher in London. You can learn more about him and his work at tomslatter.co.uk.

“Flowers At Your Door” by Mark Martyre

Even in the summer, you need Sunday morning music. This is it. Singer-songwriter Mark Martyre follows the dusty path of Steve Earle and Towns Van Zandt, with hints of Nick Cave too on a track as taken from his Down, Record. If you’re looking for a novel-sized narrative inside of a single song, look no further. And you can learn more about Mark at Markmartyre.com.

“Shouting In The Rain” by Dot Dash

Washington, D.C band Dot Dash named after a Wire song makes appropriately spacious punk and post-punk rock with tons of pop appeal, including ex-personnel of bands like Julie Ocean, Youth Brigade, and Swervedriver. The song is taken from their record Winter Garden Light. But, it still kicks all manner of ass, rain or shine. To investigate further, head on over to the Dot Dash Allmusic guide entry.

“Love Always Happens” by The Caretakers

My old friends (well, I got to interview them a few years ago – that makes us friends, sorta) The Caretakers have built t a following based on a folk rock sound that pulls from the Mamas & The Papas, with shades of British folk rock too. But, here, they channel the Glimmer Twins, as if they’d given Merry Clayton a lead vocal instead of just the back up. The track is taken from their EP title (oddly enough) Love Always Happens, which touches on folk, country, and the aforementioned bloozy-rock sound. They have a new record out called Love, War, and Propaganda.

When you think of folk tunes as sung by women, maybe associations with Lilith Fairs, peasant blouses, and diaphanous gowns tend to crowd out the picture. Well, cast those associations from your mind, good people. Dawn and Marra have folk-leanings, sure. But, this is tough, no-nonsense pop music through an indie-rock filter complete with shimmering harmonies. Attend, attend! The song is the lead track from the full-length Teaspoons & Tablespoons, a full-length album recorded not far from where this post is being written – Vancouver! Disclosure time: this band didn’t ask to be featured here. I heard them on my own (through Kori Pop’s Facebook page!) and I loved this song.

So, there it is everyone! Got any favourites? Well tell me all about it in the comments section.