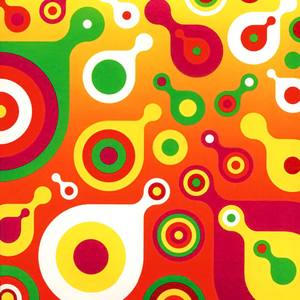 Listen to this track by British mixologist duo and sampling enthusiasts Lemon Jelly. It’s “Nervous Tension”, a gem taken from their 1998 EP The Bath, and later to appear on 2000’s full-length KY, which brought three of their EPs together.

The track is the result of a combination of disparate ingredients, including the main “voice” of a hypnotist using his powers to irradicate the negative effects of the titular condition. This is the voice of a real practicioner of hypnosis, one Peter Reveen, originally from Australia, but having built his name right here in Canada.

In addition to performing at live events, Raveen also cut records to help people relax, to quit smoking, and anything else that might affect a positive change through the power of suggestion – Relax With Raveen*.

Lemon Jelly (Fred Deakin and Nick Franglen) took Raveen’s voice and created a little alchemy, and with a goal perhaps not a million miles removed from that of the original source material.

Dance culture in the 1970s was largely about being seen as an individual as much as it was about moving to music. It was about the prestige of getting into Studio 54, dressing up, being outrageous., and maybe getting a little bitchy too. It was about the celebration of the individual, with all of the narcissism and indulgence that implies.

But,  house music in the ’80s, and trance in the ’90s acknowledged dance as a communal activity. It was thought of as a collective thing, with every person at a club (or abandoned warehouse for that matter!) as a part of one body, and one mind, all responding to the music after that fashion.

Even if this downplayed individual participants, there was an element that presided over these later scenes that was a bigger pay-off. The music was paced accordingly for everyone on the floor to respond to together, to make sure that the community aspects of dancing together as a collective audience could continue for as long as possible after an evening of high energy beats, and as dawn approached.

Thus were the subgenres of Chillout, and many other strains of Downtempo born. This was music that had an element that made it a distinguishable form – audience care.

These slower tempo, more sonically varied, and warmer strains of dance music were vital to the pacing of these events. As much as dance music is disregarded as not being for listening, an outfit like Lemon Jelly crafted music that appealed to the senses, taking care of the audience after the throb of faster tempos and single-minded beats.

With this song, that intention is way upfront.  The spirit of the source material, which is about expelling negative forces in one’s life, is built right in. It acknowledges the humanity of the listener (and the dancer) without being maudlin or over-earnest about it. In fact, here it’s downright whimsical. It’s not designed to be taken seriously. Yet, the kindness at the heart of it is still there. That’s what makes it great.

Since Lemon Jelly built their audience through their 3 EPS, and through the compilation album of those releases in KY, they’ve released two albums in the 2000s before going on hiatus (not dead, but sleeping) in 2008.

Still, you can find out more about them on this BBC page about Lemon Jelly.

* True story. A few weeks after I wrote this piece, I was walking with friends up the Drive here in Vancouver, past a guy selling vinyl albums. Among them? A weathered copy of Relax With Raveen. Weird.