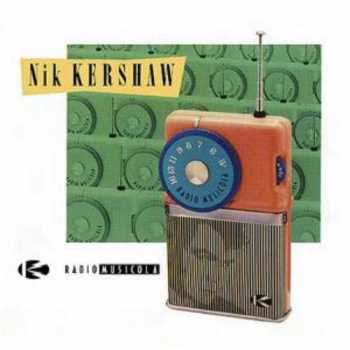 Listen to this track by post-new wave British multi-instrumentalist and pop singer-songwriter Nik Kershaw. It’s his 1986 non-hit “Radio Musicola” as taken from the album of the same name.  This was a follow up to some very successful singles of over two years before in “Wouldn’t It Be Good” and “The Riddle”, although with far less impact on mainstream radio.

Perhaps this is of little surprise. This is not to say that the song itself isn’t as popstastic of those it followed, and not just a little funky too, pulling from Kershaw’s background as a jazz-fusion guitarist. But, this is also a classic ‘biting the hand that feeds’ tune, a song about the homogenous nature of radio that was developing at the time.

Perhaps more importantly, the song touches on the trend by the mid-80s that saw fewer and fewer political statements being made in pop songs on the radio. Additionally, other songs on the record attacked the underhanded  practices of the tabloids, expanding the themes of professional integrity (or lack thereof) in the media, yet couldn’t have won Kershaw many friends there.

The chart results of this song, and the album off of which it comes were perhaps predictable, too. The album spent a millisecond in the charts in the UK, and here in Canada, not breaking the top 40. Yet, in some ways, Kershaw’s point was proven, even if his star had fallen.

Nik Kershaw was of a certain breed of pop star, coming up in an era of radio play that was coming to an end. In his heyday in the early to mid 1980s he was something of a face for the bedroom wall as much as he was a songwriter who had something to say about the human condition. Even his biggest hit “Wouldn’t It Be Good” was something of a statement about existential angst in a pop song milieu that is pretty much an artifact of its time. Imagine a Justin Bieber or a Chris Brown singing about feeling spiritually desolate and isolated on the radio today. They just don’t make them like that anymore, kids.

Nik Kershaw scored big with that song, and the follow up single “The Riddle”, not to mention getting in an appearance at Live Aid in 1985 as a result of that success. This state of affairs afforded him certain advantages in addition to sharing the stage with many of the people who’d inspired him to become a musician in the first place. It certainly put him in a good position to see what was referred to by Joni Mitchell as the music industry’s “star-maker machinery”, and how it actually worked.

But, as it’s observed in this tune, Kershaw realized that the machinery wouldn’t let him, or other songwriters like him, “do it like Joni does it”, which is to say to follow one’s artistic instincts down unexpected avenues while still garnering record company and radio support. There had been a cultural shift that was happening by this time in the broadcasting industry, driven by a political ideology that valued private, profit-driven interests beyond the scope of local radio markets of the past.

The era of the corporatization of  radio was coming into being as the Reagan administration deregulated FCC controls by the mid-80s. This media deregulation had ominous implications for the state of radio, and for the role that broadcast media in general played in the cultural landscape. It also had a lot of negative impact for artists who depended on radio to help them build fanbases and long-term careers. It certainly offers an explanation as to why political material  in the mainstream, and even thoughtful songs about being discontent, tapered off during this period. Pop music was meant to make us all comfortably numb, as it were. The music that had grown up with the civil rights and anti-war movements in decades previous was to be patted on the head and sent to live in a home.  That’s what Kershaw was railing against here.

Whether the subject matter of this song or the tone of the record had any impact on how it was received by critics or how it affected the level of industry support through radio is anyone’s guess. But, I do know this: as something of a Kershaw fan at the time, I bought both of his first two records Human Racing and The Riddle in the front racks of Sam the Record Man. I bought Radio Musicola in a delete bin. In the days well before the Internet, I didn’t even know it had come out.

Still, he was right about the course of radio. By the ’90s, and onward into the 2000s, the marketing of music had become little more than an exercise in creating commercial beachheads for other interests. The music itself became looked upon as a means to that end, and less about its role as an important cultural instrument it had been in years past.

The radio industry became less about local stations and community trust, and more about national market domination as governmental restrictions in the United States became even more lax on the subject of ownership of the airwaves thanks to the Telecom Act of 1996. It was the age of  radio managed by cuthroat businessmen, an era of homogenization, and artistic suppression to the extent that was only just beginning by 1986 when Kershaw wrote his tune.

Nik Kershaw is an active musician today, releasing new music using the Internet as a primary engine in lieu of the radio success he’d once relied upon. This includes his excellent 2010 solo acoustic record No Frills, which contains stripped down versions some of his familiar ’80s material, as well as some of his more recent work, revealing how strong his material has always been even without the production flourishes of the originals.

Also, check out this interview with Nik Kershaw conducted this year,  including his take on the nature of ’80s pop music lo, these many years later.