Listen to this track by London denizen, anti-Katy Perry pop songstress, and mum Lily Allen. It’s her 2009 song “The Fear” as taken from her second record to follow up 2006’s Alright, Still, and cheekily titled it is too, It’s Not Me, It’s You.

Despite the fashionable retro-electro musical style, this song is about a culture that celebrates the ephemeral, the lavish, and the self-serving, the incredibly shallow, laced as it is with irony, and not just a little bit of disgust at the attitudes pervasive in pop star circles. 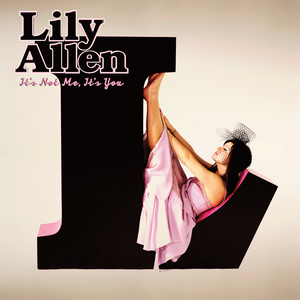 Iconoclastic lyrics against a smooth electro-pop backdrop and all, Allen scored number ones in the UK, and here in Canada, too. The album went triple-platinum in the UK, with “The Fear” scoring best track at the 2009 Q Awards. The record was nominated for the Mercury Prize that year, too. The song was her second entry in the US Billboard Hot 100.

All of this is quite an irony in some ways, given that she was taking pot shots at the very characteristics that pop stardom appears to represent. But who specifically is this song aimed at?

As in many of her songs, Lily Allen speaks as a voice of experience here, herself being among the pop stars being criticized here on this song.This only stands to reason as someone so young in a infamously predatory industry, overwhelmed by the access to things that the un-famous are not, and at a time when the search for an identity as an adult is at its peak. Fame has effected more than the usual number of fatalities, and warnings of the dangers of excess in the broken lives of the once-had-been.

With that premature experience comes some perspective on the nature of fame to those who find a way to navigate through it. It lends equal perspective on what should be important to those who have it. In this way, this is not a song that criticizes others, so much as it is a way of reassessing the life and attitude of the song’s writer; Lily Allen herself.

But, to me, Lily Allen has always stood out from the crowd where the creation of pure pop songs are concerned. For one, that social awareness and criticism has always been a part of her take on writing pop songs, unafraid to break out of the simple party anthems of her peers, and showing a williness to comment on some pretty dark thematic landscapes instead.

But, as a result, it seems that Allen’s chosen road to pop greatness has taken a personal toll. Since the release of this song and the record off of which it comes, she’s chosen parenthood over pop stardom. The loss of twins earlier in 2008, and the eventual birth of her daughter in 2011, had to lend her some perspective about what matters to her, and what doesn’t. At the time she recorded this song, perhaps she herself was at something of a cross-roads where her priorities were concerned even without all of these things in place.

This musical hiatus period has made fans wonder if she’ll ever return to recording. Allen has been quoted as never seeing herself as making another record, after not renewing her contract with EMI. Of course, she’s also been engaged in other projects, including becoming a shopkeeper, charity spokesperson, and a record label founder.

Perhaps the key to coming to terms with fame and fortune is having an escape route that one can live with. Yet, rumours of a Lily Allen musical comeback have been in the air lately. Maybe letting something go is the best way of getting it back after all.

For more information about Lily Allen, check out the Lily Allen official website.