Listen to this track by New Mexico originated, now Portland OR-based indie pop stylists The Shins. It’s “Simple Song” as taken from their most recent full-length LP Port of Morrow, their fourth, and the first release from the band for five years.

The record and the single represent something of a triumphant return for James Mercer, the principal songwriting force around which the Shins as a musical unit is based. On this long-awaited return, Mercer collaborated with producer, and performer and songwriter in his own right, Greg Kurstin. He also worked with a number of new musicians to make up the ranks of the Shins, as well as a number of sessioners to aid in filling out and building upon the sound  for which the Shins is famously known.

The song itself is one that deals in transitions; a new relationship, a newborn daughter, and the evolution of a band as well, with former bandmates leaving the Shins to be replaced by new members. But, of course, there are other themes to be found here of a more universal nature.

The “simple” in “Simple Song” is what makes this tune so charming. It’s about the simplicity of love, which is matched only by its complexity. But, complexity isn’t center stage here, much like when enjoying a sunny day, the night isn’t given much thought. In this sense there’s a straightforward appeal to be found in this tune from a writer better known in the past to express his lyrical ideas in more elusive, and ironic terms. But irony be damned, this is the celebration of the best things one has as they stand in the present; a home, a wife, a child.

Yet, there are still clouds to be found in that sunny day, with the band having moved on without members Jesse Sandoval and Martin Crandall, who rooted the group in New Mexico, where it started. “My life in an upturned boat/marooned on a cliff” can certainly be understood pretty well in this context. This joy and sorrow motif in general is an important one in this song, and on the record as a whole. 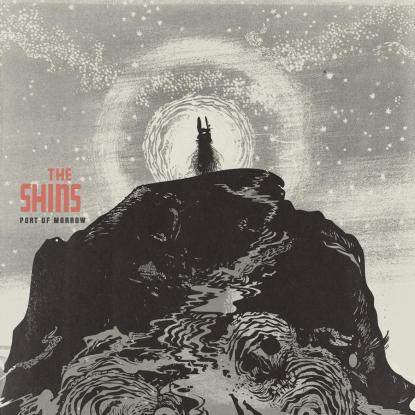 That’s part of what makes this single more than a worthy comeback. Musically speaking, this is an evolution as well, hooking into a Ronettes-style tone and groove, while still staying true to the core of what fans loved about “New Slang”, “Fighting In A Sack” and “Phantom Limb”. We see here, even in this one song, how a band successfully progresses as a musical entity, even if we’ve been made to wait for it.

For more information on The Shins, simply navigate your way to TheShins.com.

Thanks to Sony Music Canada for sending along a digital copy of the record.

One thought on “The Shins Play “Simple Song””