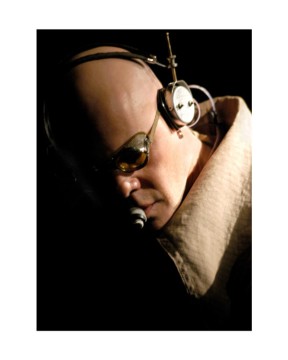 Here’s a clip from multimedia technology boffin and pop song tinkerer Thomas Dolby. It’s “Oceanea” as taken from his 2011 album A Map of The Floating City, his long-awaited full-length release after a long hiatus as a recording artist. Dolby’s last traditional studio album was 1992’s Astronauts & Heretics, put out just before he delved into other commercial avenues.

These avenues included software production for delivering music over the Internet (Beatnik), the founding of a company to produce it (Headspace) , multimedia projects like Gate To the Mind’s Eye, and, incredibly, his pioneering work with cellphone ringtones of all things.This is not to mention his frequent involvement in TED conferences, being as he is a proponent of technology, progressive ideas, and how one affects the other.

But, Dolby had always been interested in making records even if the gap between them had become pretty wide by the 21st Century. So, by the mid-2000s, he set to work in returning as a recording artist, and with this record. That’s a long gestation period, maybe.

But, Dolby had a number of projects attached to the creation of this album. One was the design and construction of the studio in which the album was made; a refurbished 1930s-era lifeboat, powered by solar and wind power, christened The Nutmeg. Another was a move with his wife and kids from the United States, where he’d lived for many years, and back to England. And that’s where this song,”Oceanea” comes in.

“Oceanea” was central to an EP that Dolby released by the same name, a unit of songs that made up one third of a trilogy to serve as a build up to the release of his new album. Another third was Amerikana, the songs there in dedication to his years in the United States, also released as an EP. The other third was Urbanoia, a nod to Dolby’s love-hate relationship with city living.

All of the songs would end up on A Map of the Floating City, a record noted for its eclectic textures. Country, flemenco, jazz, bhangra, electronica, and rock/pop all make stylistic appearances, sometimes in the same song. And this was pulled off without affecting the cohesiveness of the whole. So, Dolby hasn’t forgotten how to make records, even if this one had been a long time coming. 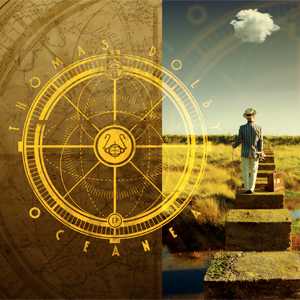 As for “Oceanea”, this  is a song about closure, perhaps fed by Dolby’s own move from the States to Britain, and from the city to rural coastal Suffolk. The song itself is a tale of retreat, yet also of rejuvenation, of becoming “free/…soaring on a thermal wind/learning how to shed (one’s) skin”. It’s a song of homecoming, helped along by fellow Brit Eddi Reader, she of Fairground Attraction fame, and a solo artist in her own right.

Even if moving back home can be something of a lifegiving experience, it can be equally bittersweet. Whether the song is autobiographical is probably down to variations in the details. I don’t personally get the impression that Dolby “stumbled home”, after a career in the US as a software company founder in Silicon Valley during the heyday of that industry.

But, on this song, the “stumbling” isn’t quite as powerful as the “learning”, and the “soaring”. To me, this is closer to where the song’s writer is; happy at home, making a new record (and a new life too), and taking his time to make it the way he wanted to.

Thomas Dolby is currently on tour, taking his Time Capsule tour to a city near you (I got to see the Vancouver show last week!), debuting his newer songs, while playing some of his better known songs as well. In addition to the music, Dolby has set up a literal time capsule at the shows; a video booth in the shape of a sort of steampunk camper van, where fans on the North American leg of his tour can send future generations a message from our current, troubled era.

Also, check out the theme site, FloatingCity.com, which was the site of an online community game based around some of the themes on the record, conceived by Dolby, and developed by fans.