George Harrison had always been seen as the kid brother to his bandmates John Lennon and Paul McCartney. But, that would change.

Although it took him a while, George soon became as good a songwriter as his partners in The Beatles had become, and did so largely on his own steam. Yet, that was the kind of artist he’d always been, focusing his ear for melody early on in his solos, which were meticulously and very patiently wrought, as much as they were inventive, and later to be applied to some of the most celebrated songs in rock history.

Yet, by the mid-to-late 1960s, he’d pen some of the most enduring songs of that group’s catalog as a songwriter. This would be a skill he’d take with him into his solo career as well.

So, in celebration of that skill, and of the birth of George Harrison which is coming up this Saturday, February 25, 2012 (he would have been 69!), here are ten distinguished covers of Harrison’s songs that span his most fertile period. In that time, he mastered acoustic folk styled tunes, sumptuous psychedelia, Indian traditional music, and of course straight ahead guitar pop too. As such, the artists who covered his songs are varied across the stylistic spectrum as well, from pop crooners, to soul men, to blues players, to singer-songwriters.

Tom Petty had been an admirer of George’s “simple is best” approach to guitar playing. Later of course, the two men would become friends, and even bandmates. Here, Petty returns to his roots as a young Beatles fan, playing Harrison’s cynical jab at the British tax system, a song originally featured as the opening salvo to the Revolver album from 1966.

This version is taken from 2002’s Concert For George, a record, concert film, and event for audiences who appreciate what George left behind, and for the friends and fellow musicians who knew him best.

I’ve always maintained that George Harrison represented when it came to the Beatles’ contribution to British psychedelia more so than either Lennon or McCartney. And this is my favourite Beatles psych tune, beautifully featured in the 1968 film Yellow Submarine, and given a late-90s treatment here by underexposed Australian band The Church.

On their 1999 album A Box of Birds, the band rock out Harrison’s ecstatic, possibly LSD-derived tune pretty faithfully, throwing in a quote from Eddy Grant’s “Electric Avenue” while they’re at it.

If anyone was to tackle this unassuming tune from The White Album, it was Low. After all, here is a band who has built an artistic direction arguably based on what George helped to seed with this song. 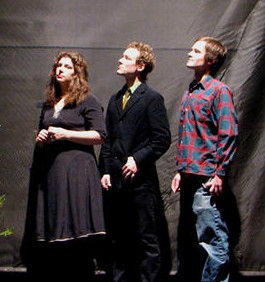 The band sound right at home on this quiet, contemplative ode to the divine. And rightly so – their own work lives in that very same space, with subtlety and minimalism as their watchwords.

The ukulele was one of George Harrison’s latter-day passions, as were the Hawaiian Islands, where he and wife Olivia spent a lot of time during Harrison’s 1980s musical hiatus period. Virtuoso uke player Jake Shimabukuru combines these passions, hailing from Hawaii, and redefining one of the most affecting songs Harrison ever wrote on an instrument Harrison loved.

This version of the song was something of an Internet meme for a while, with this clip clocking up to 9 million views and counting.

Sinatra famously proclaimed that “Something” was “one of the best love songs of the last fifty years”. This is quite a surprise, coming from a guy who famously hated rock ‘n’ roll. Yet because of his love of a good melody, it made sense that he’d turn Harrison’s song into a string laden wonder, with his seasoned voice playing off of the delicate, gossamer textures of the strings, and adding his own “you stick around, JACK, she may show” as a flourish that is pure Frank. 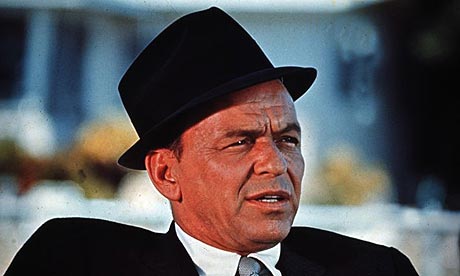 He released it as a single on the Reprise label at the end of the ’60s, and it would become a part of his live show for years afterwards, even if he erroneously introduced it as a Lennon & McCartney tune at first.

6. Here Comes The Sun – The Runaways

The Runaways were known as a shit-kicking rock ‘n’ roll band, resisting the idea that women couldn’t rock out as well as any guy. Yet, the Beatles’ pop influence, and the draw of Harrison’s sense of wonderment as expressed in 1969’s “Here Comes The Sun” did not escape their attention either. 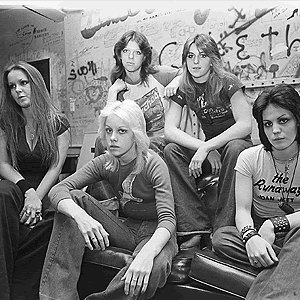 This is a faithful and beautifully rendered cover version from the 1980 outtakes compilation album Flaming Schoolgirls.

7. All Things Must Pass – Billy Preston

George Harrison and Billy Preston had been acquainted since the early ’60s, when they’d met on various package tours in England, a time when Preston played organ with Ray Charles. It was Harrison who invited Billy into the Beatles’ camp as a guest musician on the “Let It Be” sessions in London, and later as an Apple recording artist. 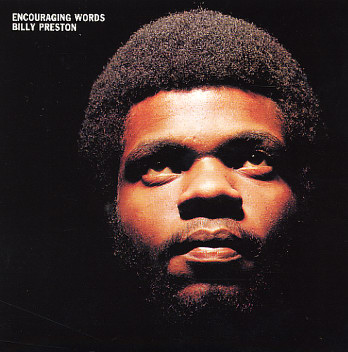 “All Things Must Pass” would later become the title track to Harrison’s 3-disc magnum opus. But Preston would cover it here, featured on his 1970 Encouraging Words album, released on the Apple label, and produced by George himself. The record is something of a lost soul treasure, put out as it was during the time of the Beatles’ collapse as a band, and as label bosses too. How apropos.

8. Give Me Love (Give Me Peace On Earth) – Ron Sexsmith

Ron Sexsmith is known for writing songs that sound like optimism under pressure. So, his version of George’s 1973 hit single as taken from the Living In The Material World album is the perfect fit.

He strikes right to the heart of this song, capturing the sound of hopefulness and vulnerability, while acknowledging the darkness of a broken world at the same time. This version of the song is featured on the MOJO magazine compilation album Harrison Covered.

By the early ’70s Harrison’s pedigree as a songwriter was widely acknowledged. At the same time, former ’60s icon, actor, and singer Marianne Faithfull was on her way down, and as near to out as one can get, dangerously addicted to drugs as she was.

If anyone knew about darkness, it was certainly Faithfull, who recorded this song, among others, in a series of aborted sessions that would eventually appear on the Rich Kid Blues compilation. This version of the song is a warning to “take care, beware” coming from the center of darkness itself.

10. Within You, Without You – Rainer Ptacek

In 1966, Harrison discovered Indian music, and trained initially with friend Ravi Shankar to learn the sitar. He’d later write one of Sgt. Pepper’s most sumptuous tracks, with Indian instruments and western strings melded together. The song as it appeared on the album is on an epic scale, a triumph of arrangement  But, Tuscon-based slide-player Rainer Ptacek shows us that Harrison didn’t forget to write a melody either.

Here, the song is stripped down, with the tension created by a crafted sense of space, with only Ptacek’s National steel resonator guitar keeping the threads of the melody together. This version of the song appears on the Rainer album Nocturnes.

George Harrison earned his “dark horse” status honestly, taking a slower route to songwriting immortality when compared to Lennon & McCartney. Yet, his work endures in exactly the same way, making an impact across the pop spectrum, and showing Harrison to be one of the most missed of songwriters and singers.

P.S- As a sort of bonus feature to this post, take a look at this video featuring George Martin, Giles Martin, and Dhani Harrison playing back the original mix of “Here Comes The Sun”, only to find a guitar solo part in that mix that George Martin had forgotten about, and that Dhani Harrison had never heard. Amazing.