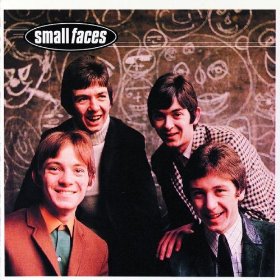 The reason the London blues and R&B boom happened at all was the awe that those in London listening to American records had of the post-war Chicago blues scene, and even for the kind of rural blues created by Robert Johnson, Skip James, Son House, and many others. The songs that came out of these traditions were equal parts alien and transformative to the listeners. Yet, too, they struck an emotional core, which sparked a lot of original music, the ripples of which can be traced up until today.

Many of the bands on the scene treated the source material as holy text, and didn’t stray too far outside of the original recorded versions. They were doing the best they could to entirely replicate them for live audiences. Therefore, the bands themselves didn’t stray too far out of the local scenes either. This is not true of the Small Faces, who took the material, and made it into something completely other.

The band knew that they’d need to take the music, and make it their own somehow. They’d have to adapt it to suit their own sound in order to gain any momentum in putting themselves across as unique singers and players. This is just as blues musicians had done decades before them.

Just listen to this track, particularly to lead singer Steve Marriott, who roars out the lustful lyrical salvo that is the beating heart of this song. It’s no wonder that Robert Plant, himself a Small Faces (and a Muddy Waters) fan, was so struck by the stylistic possibilities of what a British singer could do with an American blues song. That is certainly what the Small Faces were able to do well, even if they also put forward their own London watermark on their material, even here.

From the Steve Marriott Wikipedia page:

“It was fantastic, I loved it, Muddy Waters recorded it but I couldn’t sing like Muddy Waters so it wasn’t that much of a nick. I was a high range and Muddy was a low range so I had to figure out how to sing it. So I did and that was our opening number for all the years we were together. Every time we were on stage that was our opening number, unless we had a short set. That’s where Jimmy Page and Robert Plant heard it. Robert Plant used to follow us around. He was like a fan.”

So, when Led Zeppelin crafted their own song around Dixon’s original song, and with a great deal of influence from Marriott’s vocal performance, it could be argued that they were merely continuing with a process that had begun years before. British bands like the Small Faces had done it when electrified blues being made in ’50s and early ’60s Chicago provided a basis for the London R&B boom.  And it had been the case even further back, when the bluesmen of old interpreted songs by way of aural tradition, changing lyrical details, and often adding in bits from other songs to make them entirely new. Of course, this traditional practice of borrowing and changing is a very, very arguable point when the subject turns to song royalties.

In 1985, the case against Led Zeppelin by Willie Dixon was settled out of court. The similarities between Dixon’s “You Need Love”, and Zeppelin’s “Whole Lotta Love” were too striking. Willie Dixon had given a whole musical vocabulary to British invasion, and British hard rock bands. And if anyone deserved a payout from “Whole Lotta Love”, it was Dixon, a figure in musical history whose vast importance is not often recognized by a wider audience.  His decision to take legal action was entirely justified in this modern context.

As it is (possibly apocryphally) described, Marriott’s reaction to hearing Plant’s vocal on”Whole Lotta Love”, which clearly borrowed from The Small Faces, and from Marriott’s style, was a congenial: “Go on, my son!!!” Somehow, the Small Faces escaped any flack as far as legality was concerned, which may be why Marriott took such a bright view of Robert Plant’s interpretation.

Or, perhaps he knew that he’d simply passed it on.

For more information about the Small Faces, check out the official Small Faces site.

7 thoughts on “The Small Faces Perform “You Need Loving””