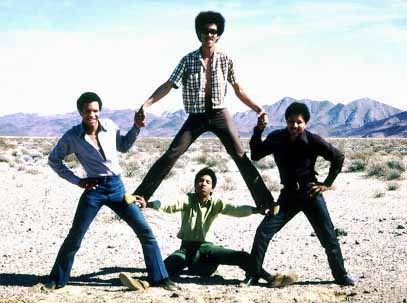 Listen to this track, a slab of vintage New Orleans funk by R&B architects and tight-grooved instrumental soul pioneers The Meters. It’s the classic “Cissy Strut” as taken from the band’s debut 1969 self-titled record, The Meters, overseen production-wise by Allen Toussaint.  The tune was a minor hit, gaining in stature over the years as a textbook example of southern funk, laying down an interlocked groove underneath effervescent guitar and organ.

In some ways, the Meters were not unlike Booker T. & The MGs, in that they were relied upon as a label house band.  The label in question was Allen Toussaint’s Sansu records. The band would work with a number of luminaries on the New Orleans scene, including Lee Dorsey, Dr. John, Earl King, Betty Harris, and others, including Allen Toussaint who would of course enjoy a solo career himself.

But, like the MGs, The Meters’ undeniable sound as an almost psychically-linked R&B unit would help them to rise above simple backing band status and into the R&B stratosphere. Well, at least this would be true critically speaking, if not in terms of fame outside of musician’s circles.

The group formed in 1967, coalescing around vocalist/keyboardist Art Neville, who’d been a musician for a decade previous when Neville was still a teen, actually recording for Chess Records for a time.  The group was filled out by bassist George Porter, Jr., guitarist Leo Nocentelli , and drummer Joseph “Zigaboo” Modeliste after a number of informal jams around the club scenes in New Orleans. Later, Art’s brother Cyril would join the band as a percussionist.

When they struck out on their own with their debut, and with “Cissy Strut”, a top ten single on the R&B charts, they were on the Josie label as a quartet and enjoying what many fans would consider their golden period. Later, when Cyril Neville joined, they’d be on the Reprise label. All the while, the band concentrated on pure groove that reflected a warm, down to earth sound that is both spare and sumptuous at the same time.

What’s so great about this tune, and with the band’s oeuvre in general, is that they take the time to let the groove percolate. They ease into it like they have all the time in the world. This laid-back feel would typify how southern funk out of New Orleans would come to be regarded.

The group would come to be admired by some high-profile talent outside of their New Orleans circles. Paul McCartney, Robert Palmer, and others would seek them out for recording purposes. The Rolling Stones would invite them to open for their big stadium shows in the mid-70s around the time the Meters’ celebrated Fire on the Biyou album came out. They would continue to release well-received albums through out the 1970s on the R&B charts. But, they wouldn’t break into the mainstream pop charts themselves.

Due to legal wrangling about the name of the band, the group broke up, with Neville forming a new band with his brothers (guess the name), and with Modeliste and George Porter, Jr. becoming highly sought-after sessioners for many years afterwards. Yet, the band as it was left behind a legacy that is looked upon as one of the most important in the development of southern R&B, and New Orleans funk that also inspired a number of samples in modern hip hop.

Later, a version of the band gathered under the name The Funky Meters, with Art Neville and George Porter, Jr. You can visit the Funky Meters website for more information.