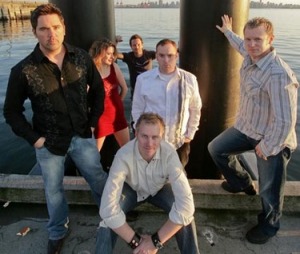 Listen to this track by Celtic-Rock band from Vancouver with punk rock and pop ingredients stirred around into a delightful brew. It’s the rollicking The Town Pants with my favourite track off of their most recent record Shore Leave, “Trains Not Taken”. The song fits in as perfect contrast to the group’s fun loving and booze-soaked oeuvre , showing that what separates one party band from another is depth and insight at the songwriting stage that give us something to think about between pints.

This song is about being lost in the idea that the present is shaped by hundreds and thousands of miniscule decisions.  It’s also about the power of memory, and being tied to those decisions that shaped the past as well, and our lives as a result. That’s a heady brew.

But, what’s it’s also about is being happy with our lot, and about respecting the trajectory of our lives, treasuring what we’ve collected along the way. In various ways, this idea of the power of memory seems to be the silver thread running through the whole record.

West Coast Celtic rock music is not, perhaps, quite as famous and celebrated as West Coast punk, Spirit of the West aside. Yet as has been proven in other spheres, the connection between the two musical forms is a strong one, with punk rock really just being another form of folk music, involving the crowd with what the musicians are doing so much so that the lines between the two are blurred.

If this band illustrates anything other than solid musicianship and deft-handed songwriting, then this is surely it.

For more information, be sure to check out The Town Pants Official website.

And for a bona fide Celtic romp for the day-after St. Patty’s day, remember that the Town Pants are playing the Commodore in Vancouver, March 18, 2011.  Expect a surprise guest at the show!