Symbols have been a part of civilized society for thousands of years, from tribal insignias, shield emblems, family crests, and flags, to logos for cereal and sportswear. But what of our precious rock ‘n’ roll? The youth of today and of yesteryear have proudly huddled under one symbol or another, whether they be mod, rocker, or mocker.

The impulse to form tribes is very much a part of humanity’s basic make-up, no-less evident in the advent of mass-produced-and-distributed pop music. But, is this really just an exercise in marketing, and in some cases incredibly crass marketing? Well, to answer that question, why not ask an ad man?  Luckily, we here at the ‘Bin have at least one of those on hand; Mr. Geoff Moore.

Here’s Geoff’s take on the state of the union when it comes to rock, and to the celebrated and reviled b(r)and logo …

‘Out on the road today I saw a Dead Head sticker on a Cadillac’ – Don Henley.

Rock ‘n’ roll Cadillacs may be pink or coffee-coloured, but they always come equipped with the wreathed shield and ritzy, elegant script; this is one General Motors brand worth a bail-out. Add the red and blue lightening bolt Steal Your Face Grateful Dead skull decal to the bumper and already a portrait of the driver, who’s just cruising through the ‘The Boys of Summer,’ is formed from these two nuggets of information. This is the power and influence of brands.

A simple geometric shape was trademarked in the United Kingdom on the morning of January 1, 1876. The Bass Ale red triangle is thought to be the world’s first legally registered commercial logo. Our environment is now infested with logos and wordmarks (logotypes), the graphic identities of thousands of companies and their countless of brands. While the integrity and meaning of the term ‘brand’ has been eroded by its entry into the lexicon of the everyday (lead vocalists and job seekers are not brands*), the concept remains a crucial cornerstone of modern advertising, marketing and packaging.

Classic logos and wordmarks share one major characteristic, a clean, uncluttered design. They rarely have to be tweaked, updated or refreshed. They evoke a comforting sense of reliability and permanence, that they have always been and always will be. The artwork itself grows into and shares all of the qualities and attributes of the organization or product it heralds, the visual becomes inextricably entwined with the brand. The abstract is made manifest.

There is a tacit contract between any brand and a consumer. In exchange for your loyalty the brand will live up to its implicit and explicit promises, and maybe even improve upon them from time to time. The world’s premium brands transcend such transactions; they speak to you and perhaps more importantly, they speak to others for you.

To be just a little facetious, selling rock ‘n’ roll was a simple proposition in the old days: payola and full page ads in the trades. Branding, in the sense of establishing and maintaining a consistent graphic identity for a rock ‘n’ roll band and its expanding business interests, stems from the late sixties and was more by necessity than design: the Beatles’ and the Rolling Stones’ new record companies, ventures to wrest further control over their careers, required corporate identities. There was some discussion at the time of the two groups joining forces to establish Mother Earth Records, in which case our tribal insignia, our badges and t-shirts, would look very different today. 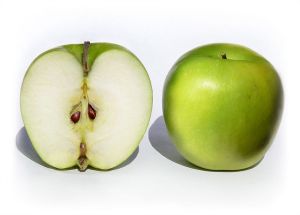 The green Apple Corps logo seems so much hipper and vital than the bitten knock-off we associate with Steve Jobs. And it allowed for a certain whimsy, a trait we associate with the Fab 4, on albums and singles the flip side showed it sliced to the core. The Drop T wordmark, which didn’t migrate from Ringo’s bass drum to an album cover until the release of both ‘Past Masters’ volumes in the eighties, is now so ubiquitous that it’s mildly disconcerting to see ‘The Beatles’ expressed in any other typographical treatment. And when you see it, you cannot but help but to picture the Beatles as they were during at least one of their distinct phases.

The two grizzled geezers who now constitute the Who have followed the Beatles lead, reviving the Mod iconography from the days when their club appearances were billed as ‘Maximum R n’ B.’ The Royal Air Force roundel and The Who wordmark with the unified aitches and the upthrust gender arrow seemed destined to wither on Jimmy’s parka and scooter until age and attrition literally forced the survivors into retreating behind the nostalgic illusion of a fully functioning, gear-smashing quartet. On their web site, on the covers of their innumerable compilations and on their merchandise time has acted in a way Einstein could not have possibly predicted, it has folded back on itself and gotten snagged on 1965, perhaps on a splintered guitar neck.

When a design agency delivers a logo or wordmark to a client the artwork is always accompanied by a strict set of guidelines dictating usage. Colours must be exact and consistent across all official applications. The design may never be distorted nor temporarily altered to suit outside requirements. These are rules to be followed and policed.

And then there are the Rolling Stones.

The plump and lascivious Tongue and Lips logo, often mistakenly attributed to Andy Warhol, is now so prevalent, so mainstream that even the recent Dairy Queen TV campaign with that flying animated mouth makes you conjure up the Rolling Stones. Is that a sundae or a massif of coke? There was a time when a Stones logo t-shirt or embroidered jean jacket patch were rare and sought after commodities, souvenirs of infrequent tours and the stuff of head shops. Market saturation began when the group embarked on its corporate era with 1989’s Steel Wheels tour: Rolling Stones clothing was hawked at JCPenney and The Bay.

Subsequently, the Tongue and Lips have been turned blue and sawn in half, liquified, blown up, sprouted spikes, grown fangs for Halloween, turned green for St. Paddy’s Day, spit national flags, dangled soccer balls, football laces and baseball stitches. This is no way to treat a logo, even as parody, but damn if they don’t consistently get away with it even as promo photos of the group slip deeper into soft focus. The Stones mouth is as visually blue-chip as a particular swoosh; no words required.

A strong visual identity allows an act to defy the toll of time to a degree, to continue to exist in an idealized form beyond the confines of its recording life span and its back catalogue. Even better is that a good portion of music lovers will pay to display their allegiances as a form of self-expression. Die-hard sports fans have always understood the trappings of a tribe; a team’s roster turns over with the seasons and its fortunes ebb and flow but you’ve committed to the colours and the crest: You love the laundry, always.

Geoff Moore lives, thrives, and survives in the city of Calgary as a part of the advertising world, and as a writer of books. His own personal logo? Maybe an empty pint glass and a full ashtray?