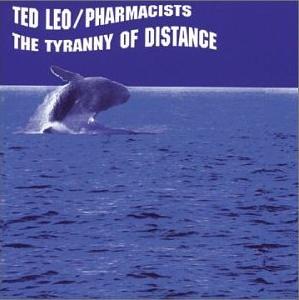 Listen to this track by guitar art pop boffin Ted Leo with his rotating line-up from Washington D.C,  Ted Leo and the Pharmacists.  It’s their echoey and feral “St. John the Divine” as taken from their 2001 record The Tyranny of Distance, a tune streaked with post-punk, power pop, and noise pop.

The Pharmacists are a vehicle for Ted Leo’s interest in punk rock, guitar pop, reggae, dub, and experimental textures.  What stands out for me on this track is the barrage of imagery, all about contrast of dark and light, and about detail as spoken in a voice that practically doesn’t take a breath.  This song spills out, culminating in a squall of noisy guitar that matches the intensity of the lyrics in equal measure.

The song may or may not evoke the image of St. John on the island of Patmos, where he was exiled for his religious convictions.  It was here that John purportedly saw the Revelation, as recorded in the appropriately titled Book of Revelation.  Certainly this song has something of an end of the world quality about it. But, it also aligns itself with the idea of John The Revelator, a key figure evoked in early gospel and blues, and in folk music in general. 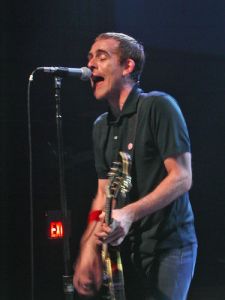 This is an interesting idea, that indie music or modern experimental pop can be just another way of expressing the same primal iconography that is found in the American folk songbook.  Instead of a dusty, sepia-toned texture of a world long gone, the suffering saint is repositioned here in the clothes of the modern day, ultimately showing that human spiritual turbulence is largely the same, even if the milieu has shifted.

For more information about Ted Leo and the Pharmacists, check out TedLeo.Com