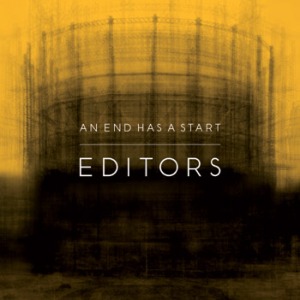 This tune is a prime example of Editors’ sumptuous and moody sound that they debuted with on their first album The Back Room, released in 2005.   This is nocturnal music in the long dark night of the soul sense of the term.  This is the sound of the soul struggling with the darker questions, using imagery of angels and demons (‘there’s a devil at your side, but an angel on her way’), and with the ever-present question of death and meaning colouring the whole; you came on your own, that’s how you’ll leave.

Editors stand prominently, recognized by music papers and fans in Britain as being key proponents in post-punk influenced rock, even if  the band felt more in league with Elbow and Doves, as opposed to anything committed to vinyl in the 80s, a decade maligned for unmemorable rock music. But, the idea that the 80s was a sort of kitchy ghetto for pop music of no lasting value is too simplistic to be true. The fact is, a great deal of what is now known as “indie rock” owes a huge debt to groundwork which was laid during the first half of the 1980s.

Some of the guiding stars of that period – Echo & the Bunnymen, the Cure,  Killing Joke, Joy Division – created a ripple effect that had perhaps gone mostly unnoticed until the 2000s.  And at this time, that minor key shadows-and-light sound which those bands popularized were being picked up by a new generation of bands.

But as much as this sound which Editors have crafted is a dance of light and dark in the post-punk tradition, it’s also anthemic and on a large scale. This makes the sound of Editors something of an amalgam of epic rock music, it’s most classicist examples being grand and sweeping (the Who, U2) as opposed to many a post punk sound that is often quite claustrophobic in its execution.  As such, to me Editors is not simply an updated Joy Division so much as inheritors of a mantle of British rock music, coming from all kinds of directions.  The legacy of rock music which lives in the grey areas is secured.

For more information about Editors, check out the official Editors website.