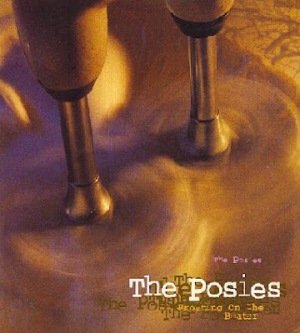 Listen to this track by 90s power pop kingpins The Posies. It’s ‘Solar Sister’ as taken from their masterpiece 1993 LP Frosting on the Beater

. Is it possible to wedge in more crunchy guitars, intertwined harmonies, and pure melodious punch into one song? I don’t think so!

Markets for rock music in the early 90s were pretty strikingly allied to grunge.   The scene here in the Pacific Northwest was like a shining beacon to rock radio, music publications, and of course by record-buyers too, all over the world.  In some ways, grunge was almost too ubiquitous if you weren’t inclined to dig deeper.

Yet just a short drive to the south of where I’m writing this, across the border in Bellingham,Washington were two musicians – Jon Auer and Ken Stringfellow – who were also carving out a musical destiny by the end of the 80s, much like the grungers further to the south. Instead of the Pixies, The Melvins, and the Meat Puppets, which fed Nirvana,  Auer and Stringfellow went even further back to the Hollies, Simon & Garfunkel, and of course the Beatles, to help to map their sound.  And by 1993, they put out their most celebrated work, Frosting on the Beater, a power pop gem for the times.

On this cut, you can hear that the Posies were not adverse to wattage and the snarling sound of grunge. They just took the power pop of the Raspberries and Big Star from the 70s and brought it into the new rock paradigm.  Yet, to me this isn’t a tactic – it’s just great songwriting and production. And this song is both melodic and pop, while also being a bit unpredictable.  This pop tune is a walk in the park, but it cuts through the alley on the way.  Magic.

The Posies output slowed after this record, with a number of side projects and collaborations which leaders Auer and Stringfellow undertook both together and apart, taking up their time between Posies albums by the end of the decade.  But while on the way, they helped to make guitar-based songwriting a viable option for bands coming up behind them, including one of my favourites Fountains of Wayne.

In 2005, they put out the critically acclaimed Every Kind of Light

For more information about The Posies, check out theposies.net.

And it should be noted that both Jon Auer and Ken Stringfellow are on Twitter.  Follow them on @JonAuer and @KenStringfellow respectively.

And of course if you’re really feeling a Posies jones, check out the official @ThePosies Twitter account as well.